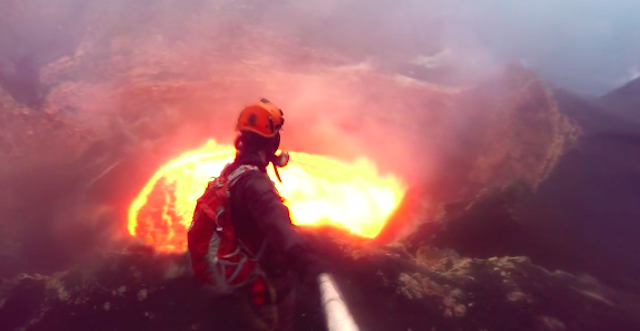 I probably have maybe once or twice but instantly discounted it because it’s pretty much suicidal and ridiculous. However, the same can’t be said of Sam Crossman, who travelled to a volcano on Ambryn Island to dive into an active volcano. OK, so he doesn’t dive into the molten lava but he gets pretty fucking close to it and some of the shots in this video are absolutely insane, when you see how much lava there is in comparison to Sam himself. Balls of steel – probably even bigger than the Russian dude who took photographs of a volcano up close and personal over there.

He also kindly filmed the stunt so that you and I don’t ever have to do that or even go anywhere near a volcano, thank God.