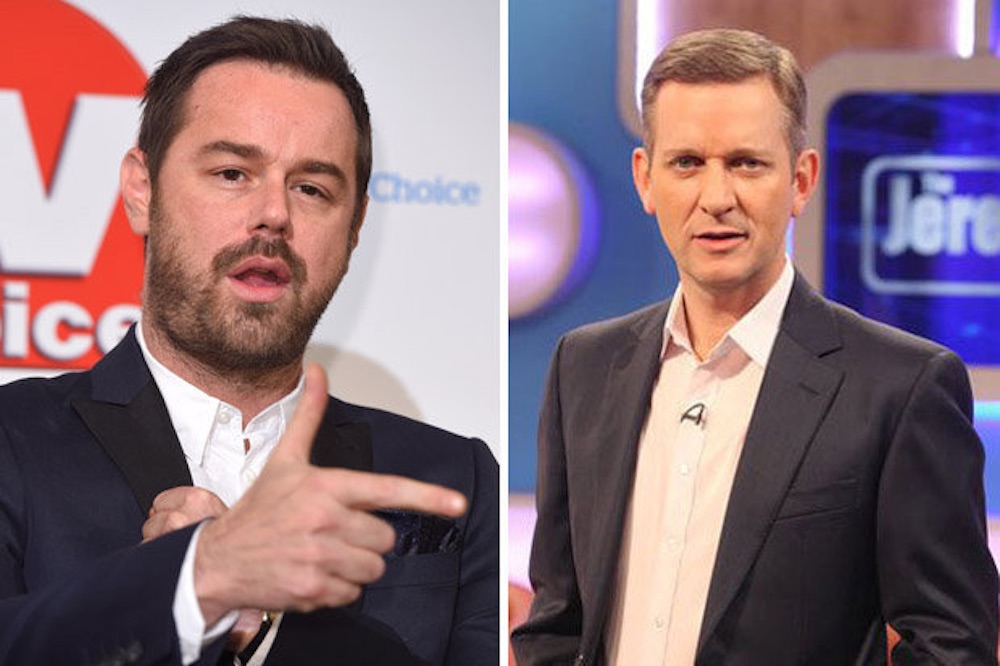 He’s got a pretty good reason for this.

Danny Dyer is currently doing a tour to promote his new book Life Lessons From The East End, and stopped in to talk to Nick Grimshaw on Radio One this morning.

When asked who got it hardest by the host, Danny Dyer had a rather unusual answer: Jeremy Kyle. It turns out he had a perfectly good reason for this though that most of us can probably get behind, as you can hear from the clip below:

If you couldn’t quite hear that, here it is summed up below:

Jeremy Kyle. He gets it.

It’s not necessarily him as a man, it’s his show.

I just can’t stand the geezer… Which is probably a bit strong considering I’ve never met him.

He makes entertainment out of their despair.

If he swings a right-hander at me we’ll see what happens.

Thats’a a fair enough point really, hasn’t Jeremy Kyle made his entire career out of exploiting the problems of complete and utter waste men? I suppose we’re all to blame too though for continuing to tune in because it makes us feel better about our lives. That doesn’t really make Kyle any less of a jerk about it though I suppose.

Apparently in the actual book, Kyle has almost a whole chapter dedicated to him by Dyer, in which Danny also reveals that he’s pissed off that Kyle is also a fan of his beloved West Ham:

I despise Jeremy Kyle, every bone in his stuck-up, sanctimonious, two-faced body.

He’s a smug exploiter of misery, a nasty piece of work.

Right from the bottom of my heart, Jeremy, if there’s any spark of humanity in you, any at all, keep away from Upton Park.

Intense words – wouldn’t it be awesome if Danny Dyer was a guest on the Jeremy Kyle show though? I would tune into that episode, no shame.