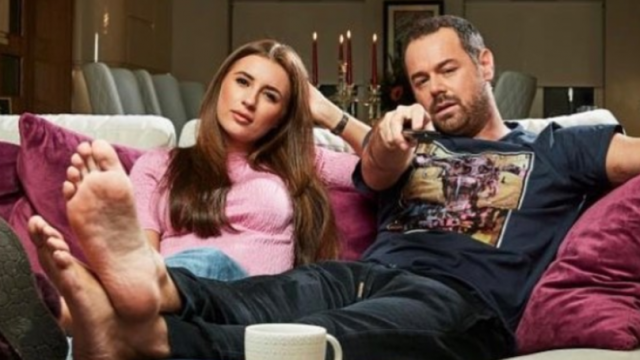 What you watching you mug?

There aren’t too many national heroes in this country these days, but I think we can all agree that Danny Dyer is probably one of them and Dani Dyer stole all our hearts this summer during Love Island.

So it makes sense for one of the nation’s other most loved TV show Gogglebox to get the pair together for a special episode this Friday that will raise money for Stand Up To Cancer. Other special guests are rumoured but the only two to be confirmed so far are Peter Crouch and his wife Abby Clancy.

There was talk that it was going to be an episode solely revolving around the Dyer family, after cameras were spotted following her and Love Island partner in crime Jack around, but Dani moved to quash these rumours by saying the following:

Jack and me are filming something for ITVBe at the moment, where we’re being followed around by cameras.

I can’t tell you much more than that for now but hopefully people who followed us and supported us on Love Island will enjoy it.

My family aren’t involved – so there aint no big Kardashian type show coming up with the Dyers, sorry to disappoint.

Don’t think my dad’s ready for that yet!

There you go. In any case, half an hour of watching the Crouchs and the Dyers watch TV is bound to be excellent entertainment. Make sure you tune in and donate some money to Stand Up To Cancer whilst you’re at it as well.

For more Danny Dyer, check out some of his greatest moments here. Excellent.