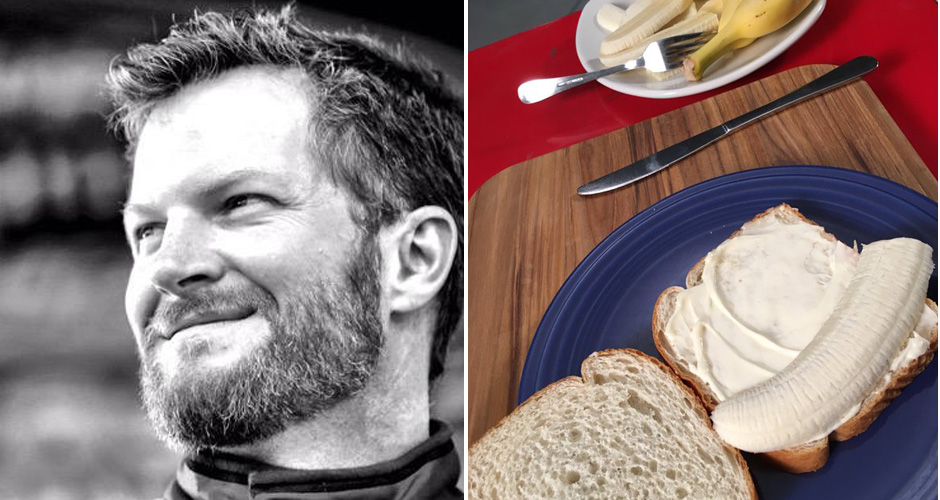 One of our reader confessions last week involved a story about someone’s housemate eating peanut butter & salami sandwiches every day, but as gross as that sounds, it doesn’t compare to this sandwich Tweeted out by Nascar driver Dale Earnhardt Jr last night.

The guy’s favourite sandwich consists of two slices of bread, bananas (sliced sideways like an absolute psychopath) and mayonnaise:

Making my favorite sandwich. I swear it's delicious. @Hellmanns pic.twitter.com/sK5XeHxVi9

The real question is — is Dale Earnhardt Jr for real or is this some kind of latent April Fool’s troll job? Surely there can’t be anyone out there who actually eats banana & mayonnaise sandwiches… right?

Then again, we do live in a world where the most expensive sandwich on the planet costs $2.8 million. So I guess anything’s possible.