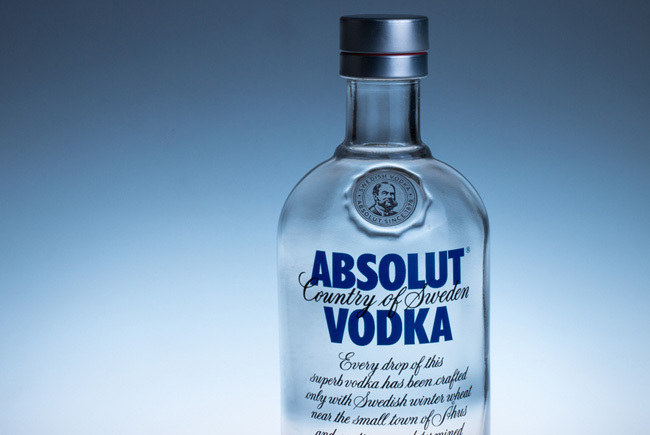 You could never predict how this story ends.

Here’s a great story someone posted on Reddit’s TIFU yesterday — it’s told from the perspective of a UK dad who decided to get some revenge on his teenage daughter for eating all his “special cookies” (whatever that’s a euphemism for).

It ended up backfiring on him spectacularly:

My teenage daughter has a nasty habit of eating my cookies. She knows they’re my special cookies but she doesn’t care. If she finds where I hide them, she eats them. The other day I went to my special cookie hiding place and found that, yet again, she had eaten them. I went up to her room in the vain hope that she might have left me perhaps one but sadly, no.

What I did find in her room though was a bottle of vodka, obviously bought in preparation for her going out later that night. Ha! I thought to myself.. Steal my cookies will ya? Right, two can play at that game. So I emptied the contents of the bottle into an empty bottle I had and replaced it with water and screwed the top back on tightly and slipped it back into her bag. I chuckled to myself at the thought of the disappointment that she and her friends would be experiencing in a few short hours.

That evening, I waited for her call but there was not a peep. The next day, when she came back, I asked her how her evening had gone. “Oh,” she replied, “it was weird… we had some vodka but when we drank it, it was water!” Grinning to myself but giving her my very serious dad’s face, I asked what they had done. “Well,” she said, “we just took it back to Tescos and they replaced it with a new bottle for us!”

WTF Tescos?? A bunch of teenagers come in with a bottle of water and you replace that with a bottle of vodka?? FFS.. Teenage daughter — 1, Dad — 0 And to add insult to injury, a few days later, this letter arrives from Tescos: 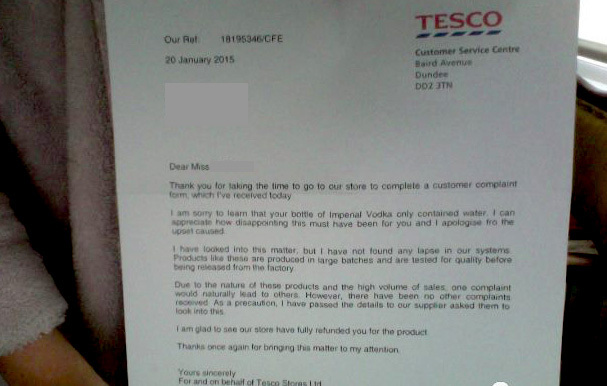 Nice one Tesco – this story has definitely given us some ideas (but taking a face full of flaming vodka isn’t one of them).