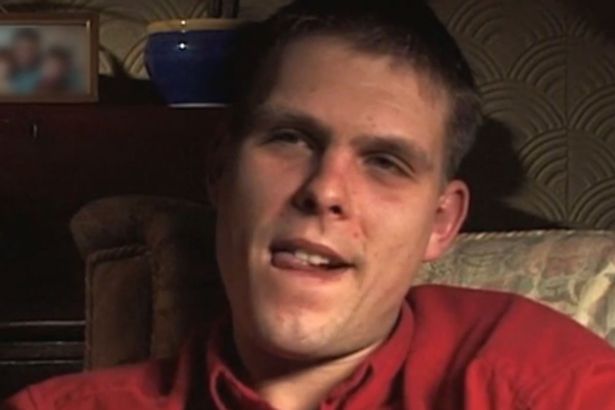 He’s got guilty written all over his face.

The thing about murderers and serial killers is that a lot of them seem genuinely thrilled by the notoriety they receive and actually appear to get off by being as creepy as possible when they are interviewed. The guy in this video is no exception to that rule.

His name is Mitchell Quy and he was found guilty of murdering his wife Lynsey and then chopping her body into little pieces back in 1998 in Southport. However, before the police finally uncovered this crime, he spent 18 months playing the heartbroken husband and lying about her disappearance, claiming she had simply vanished.

The interview below should really have given the police a bit more of a clue into what he was up to though. A journalist asked Mitchell if he in fact had killed Lynsey and he gave the following chilling reply:

Yeah, I know they put scary music over it to make it even more sinister, but you’ve really got to think that someone should have seen that and realised that this guy was up to no good. I guess they eventually did and nobody else ended up getting hurt which is good, but still it’s kind of crazy that they didn’t figure it out for 18 months eh? Nuts.

The interview is being shown on a show about people faking heartbreak after committing terrible crimes on the Discovery Channel tonight. Quy is actually eligible for parole in July this year. Let’s hope he doesn’t get out because he seems like an absolute psycho.

For more killers, check out the youngest killers of all time. Scary.