Get with the times.

Parents on Facebook should not be allowed. Even I occasionally have to call up my dad and tell him to stop commenting on my mate’s personal conversations or sharing my profile pictures. It’s just… weird.

The poor daughter was even sent screenshots of the comment. Instead of curling in a ball and dying of embarrassment, she decided to take the matter into her own hands and left a comment of her own: 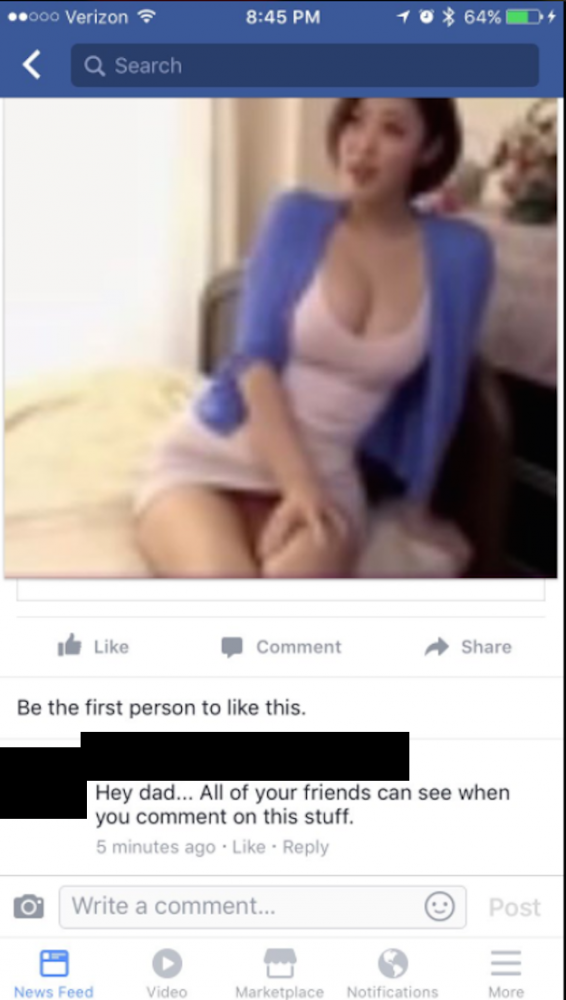 Let this be a lesson to anyone reading this – be vigilant if your parents are new to Facebook. You don’t want to suffer the same embarrassment poor Ashley did.

For more on Facebook, read about the Essex girl who cut off her own finger to get more likes. Moron.