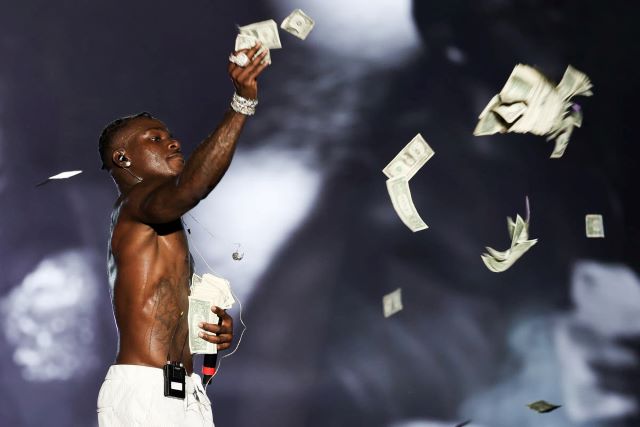 Most insincere apology of all time?

Despite the fact he once (allegedly) slapped a woman at one of his shows and was arrested on gun charges earlier this year, it took until he went on a homophobic rant on stage for people to realise what a scumbag rapper DaBaby is.

Here’s what he originally said, in case you missed it:

DaBaby went on a boomer style homophobic rant at Rolling Loud that was oddly specific pic.twitter.com/D47p64FaqO

Despite Elton John, Madonna, Dua Lipa and Miley Cyrus all condemning him and facing a load of backlash from the LGBT community, DaBaby refused to apologise… until now that is. After being dumped by clothing line boohooMan, DaBaby has now been dropped by four big music festivals in the last three days; Parklife Festival, the Governors Ball, Day N Vegas, and Lollapalooza.

Now that this whole ordeal has started hitting him where it hurts (in the pockets), DaBaby finally decided to offer the most insincere apology of all time…

There you go – he simply did not realise that being homophobic was frowned upon. Now that he knows better he’ll never make fun of gay people for having AIDS ever again. Although having taken a look at some of the lyrics to his songs, I’m skeptical he even wrote any of that apology himself. Still, it’s the thought that counts.

Maybe he can do a duet with Lil Nas X to really prove to everyone that he’s cool with the LGBTs? That’d be quite the slice of humble pie considering how hard Lil Nas has been trolling him these last few days.