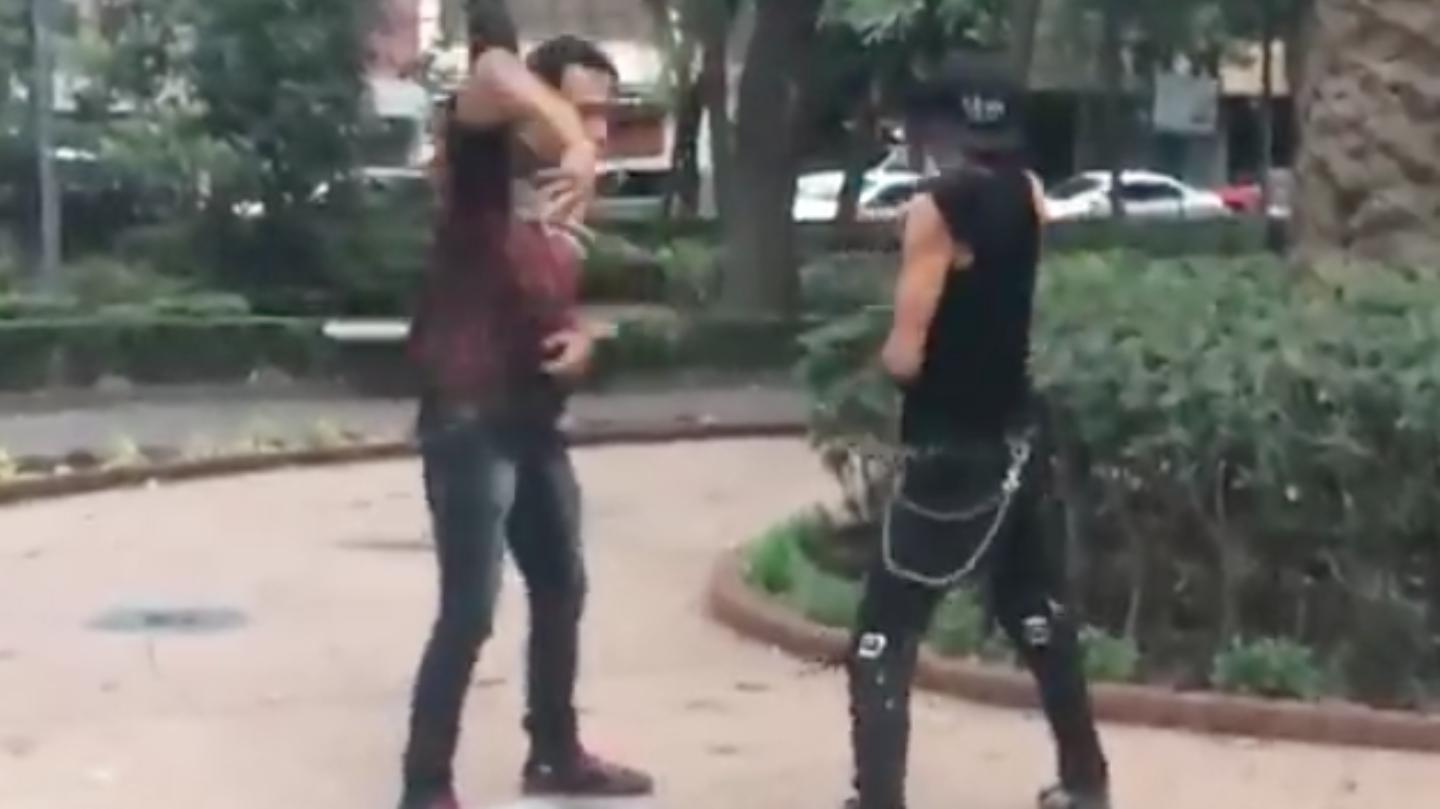 The cybergoth movement went viral a few years ago when a video of a bunch of them hanging out and dancing like morons sent the internet into meltdown.

As with most viral trends, the cybergoth movement soon returned to the underground and I’m fairly sure most people haven’t really paid too much attention to it in the past few years. But it turns out that it’s still been going on and has most recently found its way to the streets of sunny Mexico. Check out this dance off between two cybergoths in broad daylight in the local park:

Yes boys. I’m not that impressed with the guy on the left’s attire as it looks like he’s kind of a hipster goth, but when he’s dancing with that other dude it’s fairly obvious where his allegiances lie. Maybe this is the next wave of the movement though? Only time will tell.

For more cybergoths, click here. Really can’t get enough of these guys.