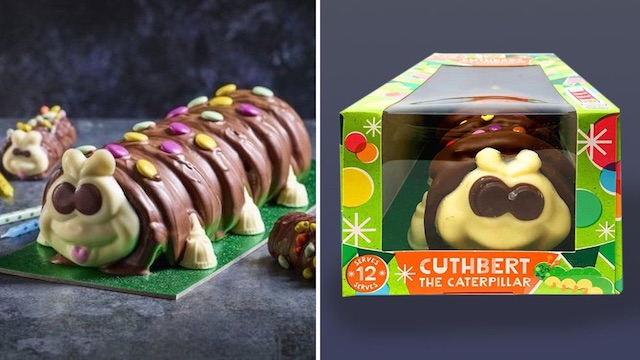 One of the biggest/dumbest news stories of last week was definitely the decision by Marks And Spencers to sue Aldi for copying their caterpillar cake with a version named Cuthbert instead of Colin, and ever since it was announced Aldi have pretty much been rinsing M & S on social media and having a lot of fun with the outcry that has emerged.

Whoever is in charge of Aldi’s social media/brand has absolutely nailed it today though with the following tweet, suggesting that the two supermarket companies should put their differences aside and donate the money that they would spend on the legal battle to the two cancer charities that they both support instead. Get a load of this:

Hey @marksandspencer can Colin and Cuthbert be besties? We’re bringing back a limited edition Cuthbert and want to donate profits to cancer charities including your partners @macmillancancer & ours @teenagecancer. Let’s raise money for charity, not lawyers #caterpillarsforcancer.

Wow. That really is a 10/10 social media masterclass and there is no way that anyone is going to not be on side with Aldi in this argument after that was posted, which can already be seen by the fact it’s amassed over 40,000 likes in less than 4 hours and probably way more by the time that you come to read this. How could anyone go against that? We’ll have to wait and see how evil mega corporation M&S react to it, but it seems fair to say that they’ve definitely lost the war on this one and it would be wildly unadvised for them to continue with the lawsuit after this peace offering.

For more of the same, check out these toxic caterpillars that invaded the UK one year. Are they worse than Colin for toxicity?! See what you think.