It was going to revolutionise the delivery of vegetables via Blockchain technology.

Nobody really knows what’s going on with crypto currencies right now – the market seems to be in a state of decline, but who knows what we will be saying about it in a week or so – but that doesn’t mean that people have stopped trying to make a buck out of it.

Unfortunately that also means that people are still lurking out there trying to scam people out of money and the best example of how you’ve gotta be careful with crypto currencies is in this story of a recent startup called Prodeum that aimed to revolutionise the delivery and labelling of vegetables via Blockchain technology. Not really sure how they were going to do that, but people were apparently convinced and pledged their crypto coins over to them before the website disappeared from the internet with their hard earned cash leaving one message behind: Penis. 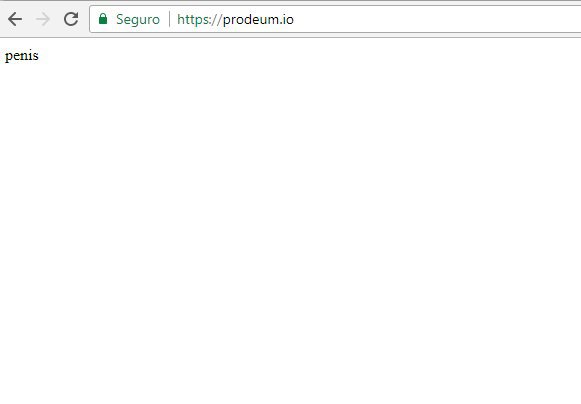 Damn. The scam is made even better and more juvenile when you realise that Prodium is a medication designed to reduce urinary tract infections. Jokers.

Although it’s impossible to know exactly how much money they actually got away with it, although some reports are saying that the company raised millions before disappearing. Who ever knows with crypto currencies though?

It seems like they got away with something though as they’re pretty eager to cover their tracks – it turns out that the names they used were fake and so were the LinkedIn profiles they used. They’ve also been deleted.

I suppose you’ve gotta congratulate them on coming up with a scam like this that people were dumb enough to fall for and get away with. Fair play.

For more crypto currencies, check out the story about the rise and fall of Clitcoin – the first Crypto-Sex Currency. That was a real thing.