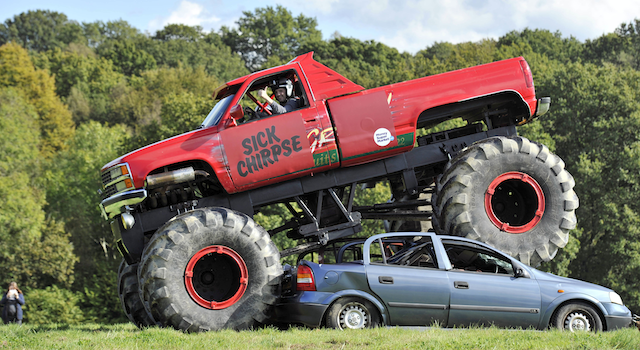 Crushing car insurance by crushing cars in a monster truck.

The guys over at Moneysupermarket.com hit us up a couple of weeks ago to find out if we’d be interested in driving a monster truck and crushing a couple of cars down into waste with it.

My answer was of course yes – why would anyone not want to crush cars in a monster truck? So I headed over to East Grinstead a couple of days ago to drive a monster truck for the very first time.

The intense safety briefing was pretty heavy and seeing another guy drive around a monster truck and have a bit of trouble with it made me realise this isn’t going to be like driving my Renault MÃ©gane down a duel carriageway. To be fair though, once I was actually behind the wheel of the beast it was pretty chilled and I got the hang of it pretty swiftly.

Some camera man dude was at the event and managed to catch the whole thing on video, which you can check out below. A couple of people have commented that I was a bit of a pussy because I went so slow and stopped on the top as I was coming across – I want to stress that I wasn’t being lame but this is how you’re supposed to do it, OK? I guess following the rules is kind of lame but when you’re handling a monster truck I’m gonna listen to the guy sitting next to me.

The idea behind the whole event was that Moneysupermarket.com have told us they’re crushing car insurance – so as a bit of promotion they invited a few people down to crush some cars with them. They get some promo and we get to crush some cars. Everybody wins and I had a blast – if ever you’re get the opportunity to crush cars in a monster truck I recommend you do it. 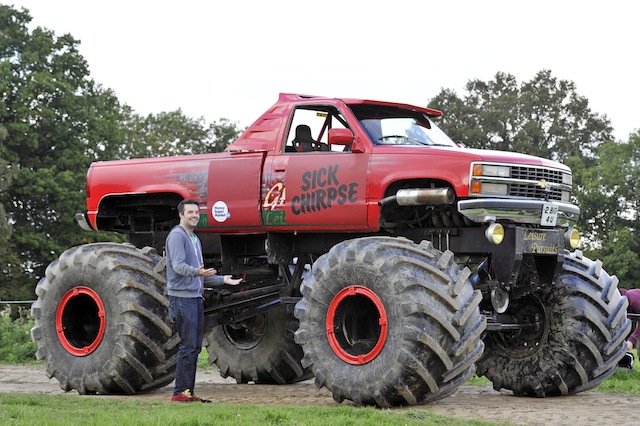 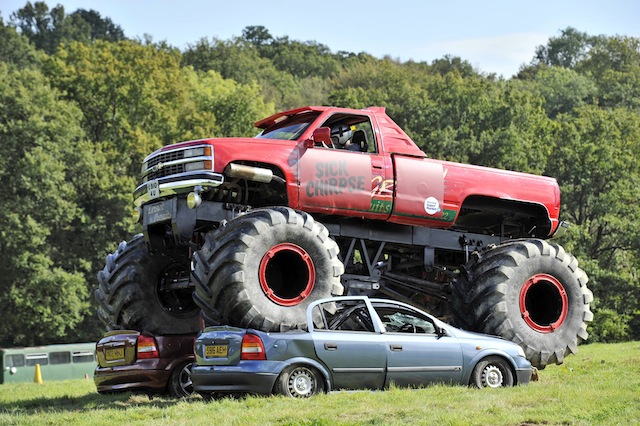 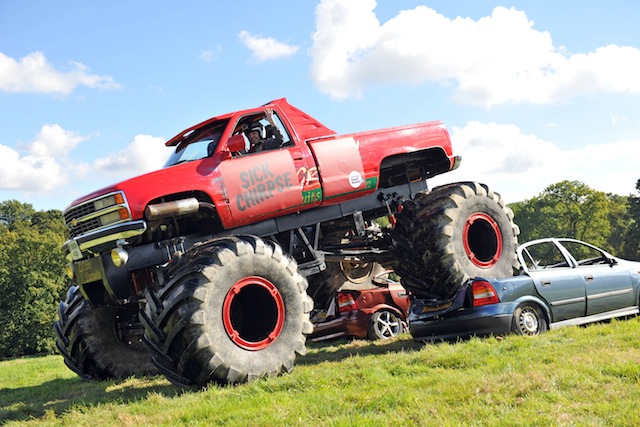 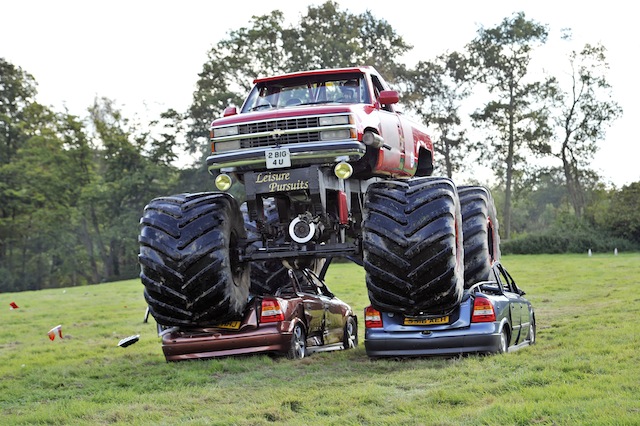 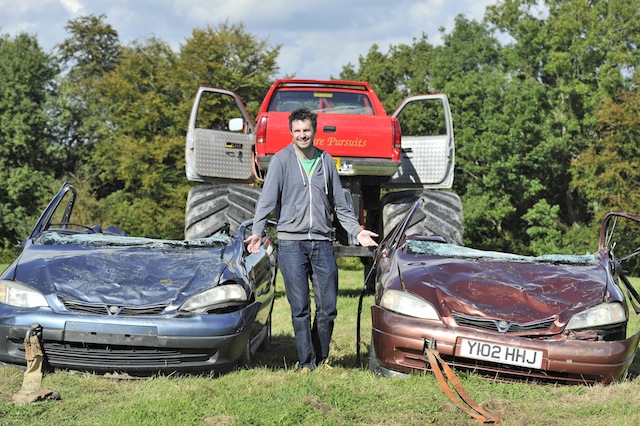