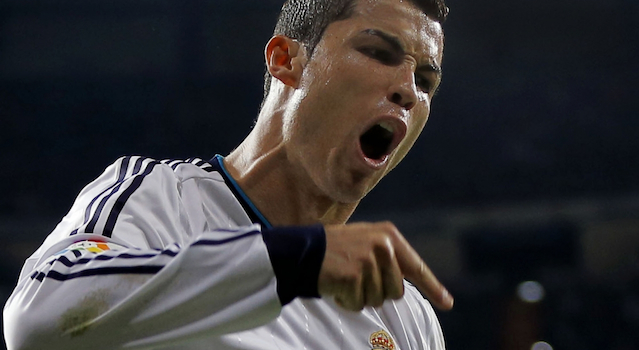 Cristiano Ronaldo didn’t mince his words when the Swedish media tried to interview him on Tuesday night.

Cristiano Ronaldo, fresh from a career defining performance in the Portugal V Sweden World Cup playoff on Tuesday which sealed his country’s qualification for the biggest tournament of them all, was looking to let his hair down at the club with his teammates after the epic match. What he definitely didn’t want was Swedish journalists hounding him and taking a bunch of pictures and asking him a bunch of questions.

And he couldn’t have made that anymore clear, as he told all the journalists waiting for him when he got out of his car to ‘don’t follow me, fuck off’. Ronaldo then turned his back on them and headed to the club, presumably to have a wild night partying with the team celebrating having finally made it to Brazil 2014. Hail to the king baby.