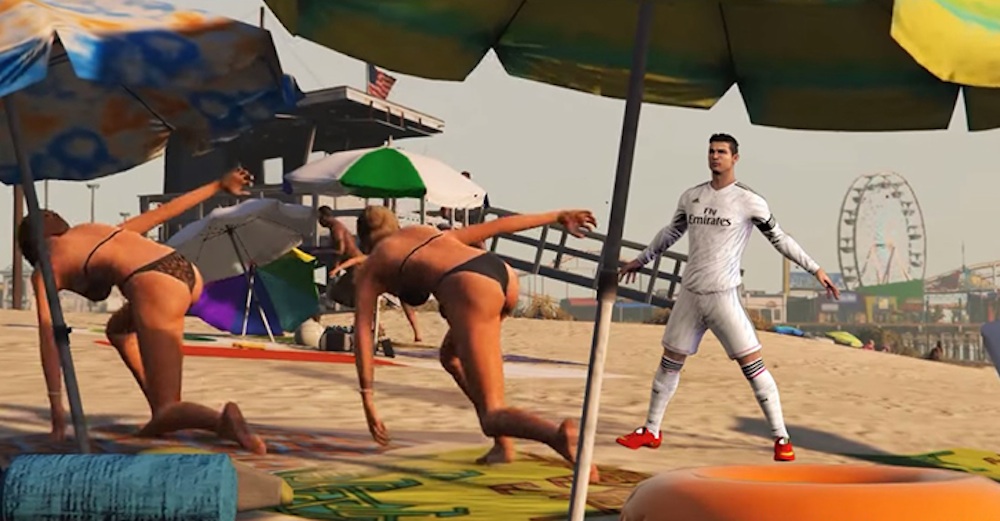 He kicks balls at motorbikers and scares people on the beach with that weird noise he makes.

Some people probably do have too much time on their hands, but when they use said time to produce something as stupid and funny as Cristiano Ronaldo in GTA V then it’s arguably time well spent.

This video appeared on the Internet yesterday and is scarily good in its depiction of the Real Madrid legend. He’s wearing full Real Madrid strip complete with captain’s armband and walks around doing some of his trademark moves. These include doing some kick ups, smacking a passing motorcyclist off his bike, stopping traffic, hijacking cars, hassling people at the beach with that stupid noise he made at the Ballon d’Or ceremony and hitting up the strip club, all with one of the dumbest soundtracks of all time behind it.

Pretty much the perfect representation of CR7’s life in GTA format eh? If you want to see some of the real Cristiano though, check out some of these GIFs of him in action on the football pitch.