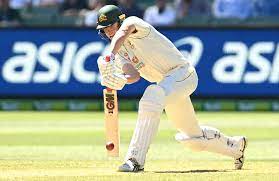 It’s no secret that India’s gaming sector has reached new heights following the rise of digitalisation in the country. Fascinatingly, while there are several reasons behind the market’s unprecedented rise, cricket-related factors are at the industry’s core. Over the coming years, that doesn’t look set to change, with the Board of Control for Cricket in India (BCCI) and international players seeking to embrace gaming. Not only that, but up-and-coming developers are also striving to use the bat-and-ball sport as a means of expanding India’s entertainment market. So, let’s analyse how cricket can unlock the country’s gaming potential.

The Rise Of New Start-Up Businesses

At the time of writing, Business Today reports that India’s gaming industry will be worth £723.7 million in 2021. Currently, mobile gaming is at the forefront, with 82 percent of the gaming population playing on smartphones. As such, this provides a market-friendly route to take cricket to the masses. Although there are many bat-and-ball-related titles already on the mobile market, All-Star Games is a local developer placing the much-loved sport at the centre of their operations.

Previously, Deftouch, the Bangalore-based company, focused on creating mobile games for the ever-growing Indian market. After beginning their journey back in 2016, All-Star Games’ user figures indicate that a sport-orientated approach could be pivotal in maximising India’s potentially massive user base, which is already extensive. As per the developer’s website, they currently have an audience base of 3.2 million players. Of those, 200,000 play each day, and they typically game for 15 minutes at least twice a day.

Presently, the company have two cricket-orientated releases on the market: All Star Cricket and Cricket Star. As for future releases, VentureBeat states that All-Star Games recently raised over £1 million from funding rounds. This financial backing enables the developer to target the online aspect of India’s highly popular gaming industry. According to All-Star Games, this all-important funding allows them to expand cricket games within India, with their targets set on creating the first real-time social multiplayer cricket game. Should they succeed in bringing such an advancement to the market, then All-Star Games could potentially captivate the country’s one billion cricket-loving fans.

Fascinatingly, by seeking to further the industry’s audience base with real-time developments, All-Star Games are using a strategy that has long proved successful within online casino gaming. As evident from the Arabic online casinos, live opportunities have been paramount to attracting new players. In addition to video slots, bonus-offering platforms, such as Betfinal, host real-time baccarat, blackjack, poker, and roulette. Through state-of-the-art technology, modern-day operators employ professional dealers and HD cameras to create a lifelike experience that captivates players. All-Star games are set to follow this successful example by incorporating live elements to heighten the player experience.

The Impact Of The BCCI And Virat Kohli

Few can argue that forward-thinking approaches from independent developers don’t hold the key to creating cricket content. But well-known players and governing bodies also contribute heavily to raising the sport’s profile through gaming. Throughout All-Star Games’ products, there’s a continued focus on Virat Kohli. Given that the 32-year-old is India’s captain and arguably the world’s best cricketer, it’s unsurprising that he’s the inspiration behind a wide array of digital products. At the time of writing, Deftouch Designs have played a part in creating Virat Star Cricket India vs Australia and Royal Challengers Bangalore Star Cricket.

Kohli, who recently captained India to a series win over England, is also an ambassador for Mobile Premier League, an Indian-based competitive gaming organisation. In holding such a position, it showcases how those involved in the sport are helping to grow diverse, non-cricket-related gaming products.

In this regard, it isn’t only the 32-year-old who’s leading by example. Currently, the BCCI are partners with MPL Sports, MPL’s athleisure wear brand. As the Economic Times reports, MPL Sports are now the official kit sponsors for the Indian cricket team and will hold the position until December 2023. Interestingly, this highlights how the Board of Control are embracing the role that cricket plays in diverse markets throughout the South Asian country.

At The Heart Of Future Growth

Whether the inspiration for new developments or as a platform for marketing, the bat-and-ball game may be capable of unlocking India’s full gaming potential. Due to the sport’s following in India, there’s no reason why cricket can’t further expand the gaming industry’s audience base, especially if the BCCI and Kohli continue to promote digital opportunities.