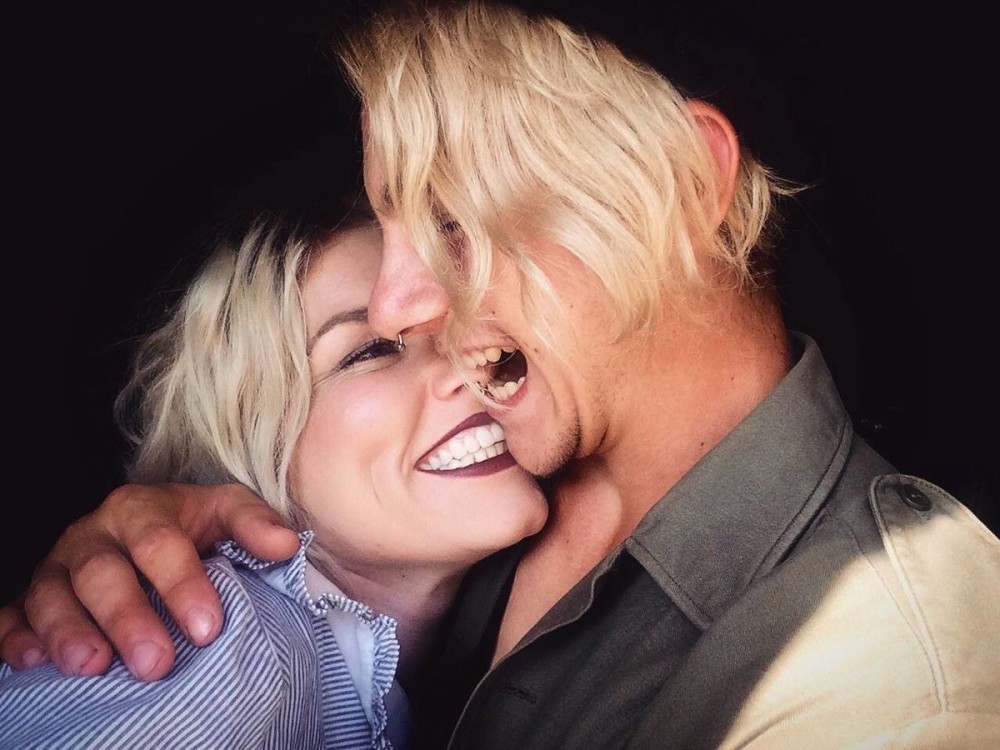 Who says romance is dead?

This love story is sickening. We all know couples that are just so in love it makes you throw up in your mouth a little, but these two hippy lovebirds from California have taken it to another level.

Carlee Leifke’s says that her and fiancÃ© Lucas Unger:

Have never been the ‘traditional couple’.

Which I was inclined to agree with when I found out that Lucas decided he wouldn’t just use any old engagement ring when he popped the question. He was going to have one specially made… from his own tooth. Aw, how sweet of him.

I’m all for individuality and romance but come on now. Although, this is somehow simultaneously a fantastic conversation starter and a guaranteed visit from the police on suspicion of domestic abuse, ‘Oh, you’re engaged? What a lovely ring, is it a pearl?’ ‘Nah, it’s the fiancÃ©’s tooth innit.’

Apparently, the idea for this charming proposal was months in the planning, just like any great romantic gesture:

When we’d spoken about it, I’d said that diamonds are so overrated. My birthstone is a diamond. I don’t need one to prove how much someone loves me.

Just a tooth will do, will it? Damn, I’ve never been more grateful my girlfriend likes diamonds.

Every great love story has a victim somewhere along the line though, and it’s the jeweller who I feel for here. Imagine these two rolling into your shop with a tooth. Nah mate, take that voodoo shit elsewhere. In case you’re wondering why Lucas had a spare tooth lying around, well his dad had been saving it from when he was younger, obviously, presumably he knew what a ladies man his son was going to become and predicted it would come in handy for some jewellery.

In all seriousness, this is sweet. Really fucking weird, sure, but sweet nonetheless. Carlee shared the couple’s story in full on Facebook:

So what does the future hold for these two? An armpit hair anklet perhaps? Well, in true indie style, they’re getting married in Vegas by an Elvis impersonator. Because no-one’s ever done that before.

Of course, we wish them all the best, but personally I think this would have been a much better choice for their wedding ceremony.