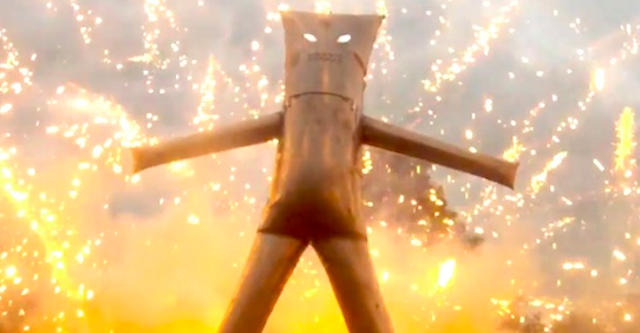 Way to solve a problem that doesn’t exist dude.

Colin Furze is well known as a completely weird inventor of dumb inventions that nobody needs and are utterly pointless, and it looks like he’s done it again with this one.

It’s a suit that kind of looks like a cross between the tin man and the scarecrow from the Wizard of Oz that he’s developed so that he can stand in the middle of a fireworks display. Yes, you did just read that sentence and yes, I did just type it.

I don’t really know why he would want to do this because I can’t imagine it being that much fun – surely the whole point of a fireworks display is to stand away from it so you can see it all in action? – and on top of that he looks like a complete and utter bell end, but hey he’s done it and the video of him below trying it out is pretty jokes.

To be honest though if he wanted to know what it was like in the middle of a fireworks display he could have just flown a drone through one anyway.