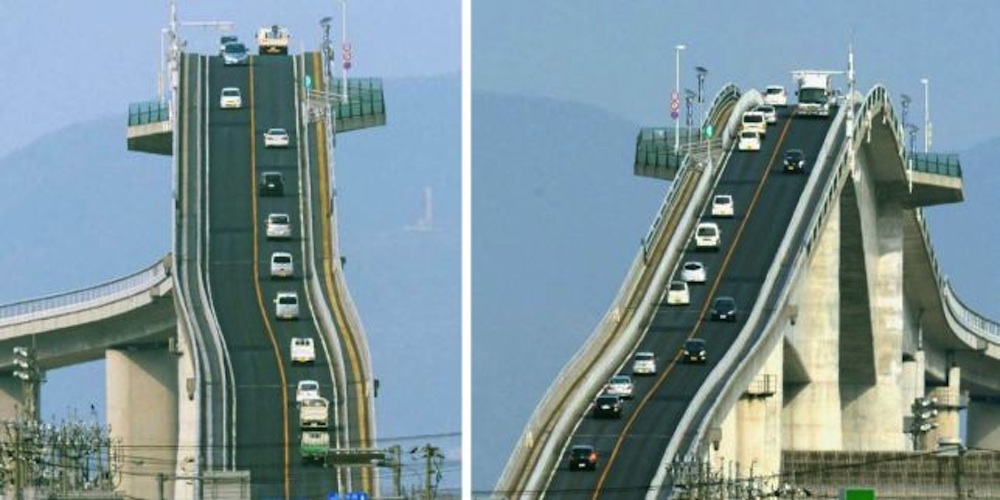 The above is an actual bridge from Japan known as the Eshima Ohashi bridge.

Yes, it actually exists in reality and the reasoning for it looking like this does actually kind of makes sense, even if it’s kind of bizarre given the fact that there’s a pretty obvious alternative. It goes up and down like this in order to allow ships to pass under it at certain points, but you would think that they could make it a raising drawbridge or whatever like every other bridge in the world that faces this problem.

Having said that, it is over a mile long so perhaps it’s physically impossible to make a raising drawbridge under those conditions. The bridge itself links the cities of Matsue and Sakaiminato over Lake Nakaumi.

At its steepest point the bridge has a gradient of 6.1. I’m not really sure what that means but it looks pretty freakin’ steep – to be honest I would be kinda nervous driving up it because it’s looks almost vertical, like no road I’ve really ever seen before.

Here’s another couple of pictures of it to show just how ridiculous it actually is – although perhaps not as crazy as the plans for the new bridge over the Thames. 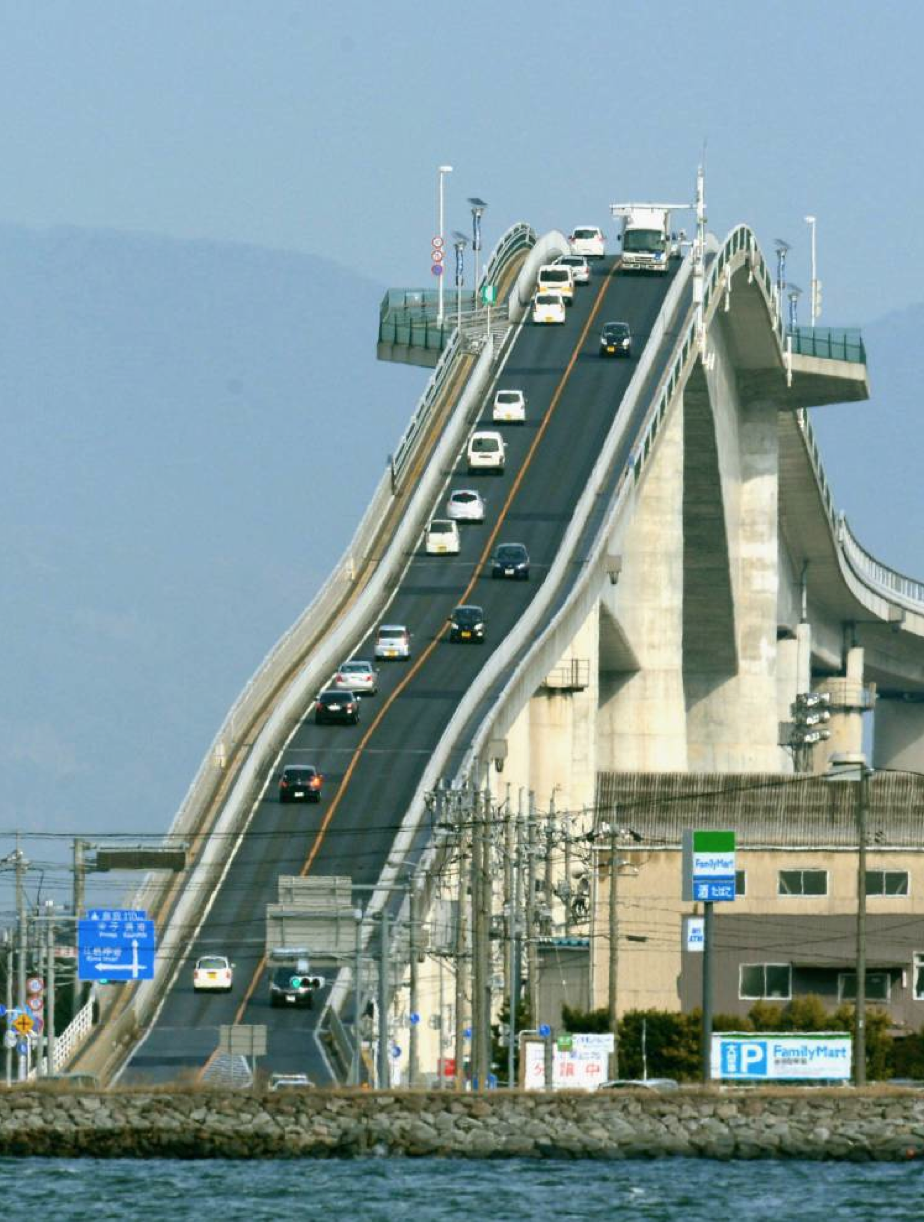 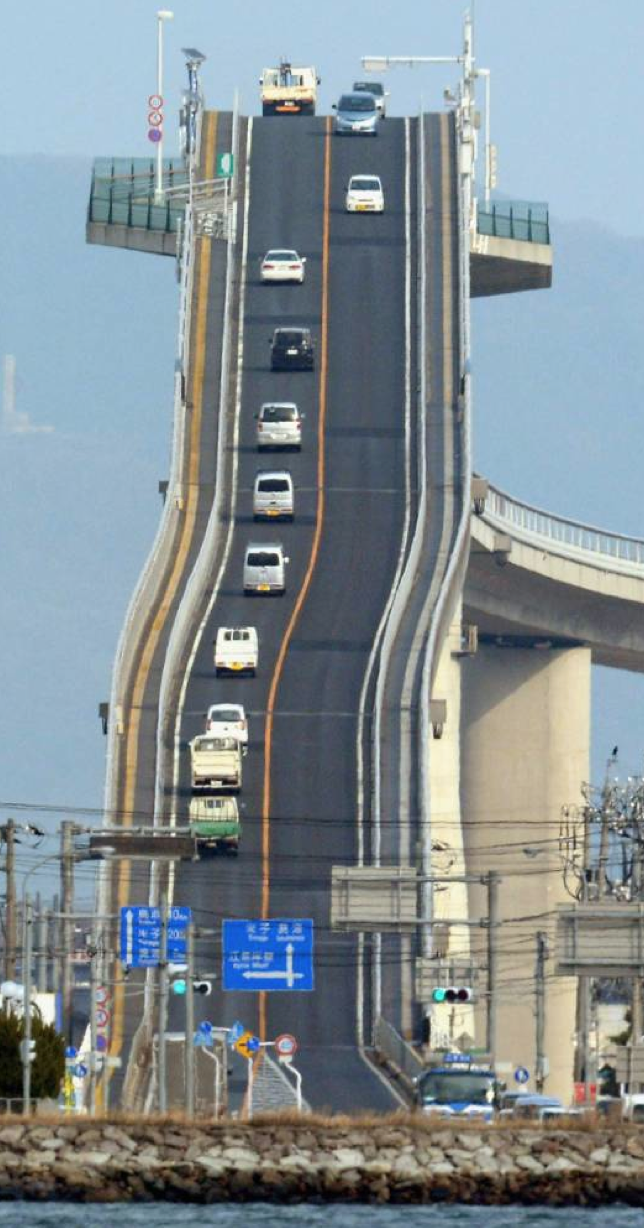