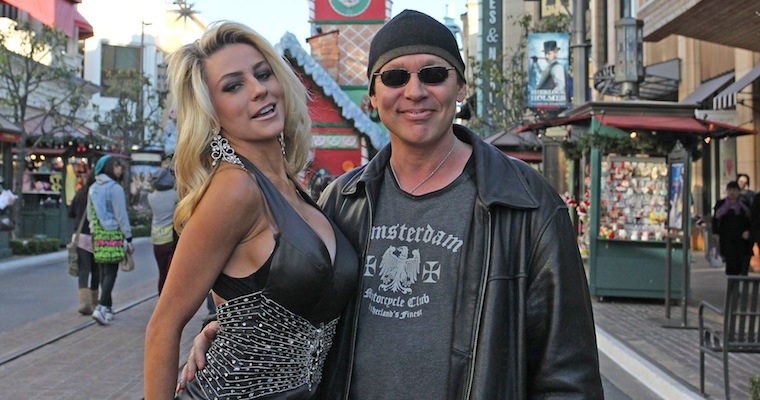 Marry a has-been actor in the midst of a mid-life crisis and dress like prostitution’s your day job. 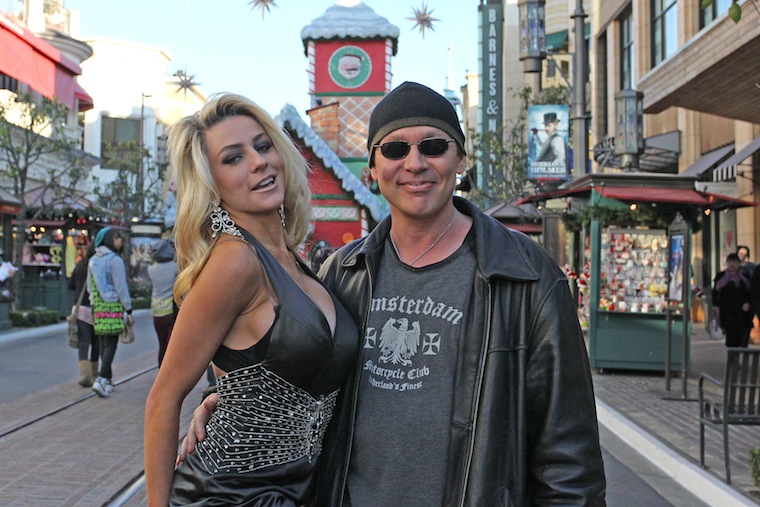 When I say woman, I technically mean girl considering she is actually only 17, the most sexed up 17 year old I’ve ever seen. If you haven’t heard of Courtney Stodden she’s basically the epitome of everything that’s wrong with celebrity..or rather none celebrity.

So what does she do? Simple answer…nothing, aside from upload a stupid amount of Youtube videos that see her prance around in underwear or ‘subtly’ expose her body while talking about meaningful stuff like PETA or something. Think of Paris Hilton, but without the heritage, this girl married into the riches all by herself. Here’s her failed attempt at becoming a celebrity through actual talent…

After the whole singing thing didn’t work out, the 16 year old entrepreneur married that arsehole prison guard from The Green Mile after meeting him on an online chatroom. Doug Hutchinson, who happened to be 51 at the time of the wedding, already had two divorces and a stuggle with alcoholism under his belt so Courtney was just what he needed. The ceremony, which took place in Vegas – classy – was only legal because of her mothers consent. So basically it was a win-win union for her fame hungry daughter and an actor suffering from one hell of a mid-life crisis. How about buying a Ferrari or learning to play the guitar or something that doesn’t verge on paedophilia eh mate? 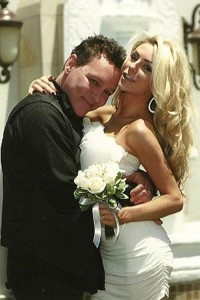 Despite her ambiguous intentions and general lack of talent in anything except for a great unintended horse impression, I can’t help but like her. She may be a wannabe trashy bimbo, but she knows exactly what she’s doing. Take for instance her casual wear, whilst most girls opt for a pair of converse to get around on a daily basis, Courtney goes for the more comfortable option of stripper heels because she loves the attention…someone get the girl a pole. 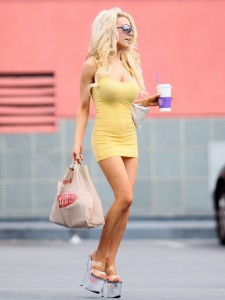 She gives some genuinely convincing interviews about her love for her husband too and seems to be putting out, unlike this lot. This is how they make the big bucks, they do a shit load of television interviews for money where she always looks suspiciously off her (apparently real) tits.

Of the night that Hutchinson apparently took her virginity, she said:

“We went to the Chateau in Hollywood it was so beautiful it was a wonderful experience. I was aroused for 24 hours straight.”

Which sounds great until you remember it’s referring to a 52 year old screwing a 17 year old.

She’s actually become her own personal joke that the whole world isn’t in on. So what if she looks like a prostitute crack whore, she genuinely doesn’t give a shit and can afford to do what ever the fvck she wants. Including becoming some kind of ambassador of health. With too much time on her hands, Stodden’s created a batch of videos to promote the veggie lifestyle, focusing on the sexiness of vegetables…sure.

Also, If you want some badly written erotica, forget 50 Shades and check out Courtney’s twitter (interestingly she has more followers than Courtney Love) where she frequently tweets dumb stuff like this:

‘Sweetly stimulating this succulent sucker by slowly stroking it with my surreptitious tongue … yum!’

The girl’s gonna be a star.