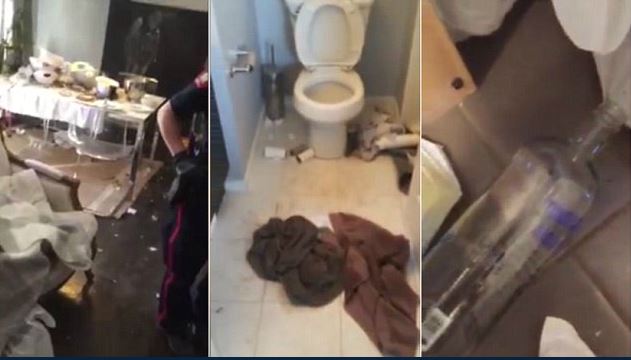 Here’s the problem with renting your home to complete strangers.

While they were away they’d received calls from neighbours telling them a massive party bus had shown up to their house carrying 100+ people, plus a fight broke out and there were three noise complaints over the weekend.

Here’s a video of what they came back to:

I guess that’s the thing with renting your house out to complete strangers you literally know nothing about — you’ve got to prepare yourself for the possibility that a party bus is going to show up carrying a bunch of people who are going to piss/shit/jizz all over your house. I’m not sure but I’ll bet Airbnb have some kind of disclaimer/warning about that.

Reminds us of the landlord who returned to a tenant’s house after 3 years and found THIS waiting for him.