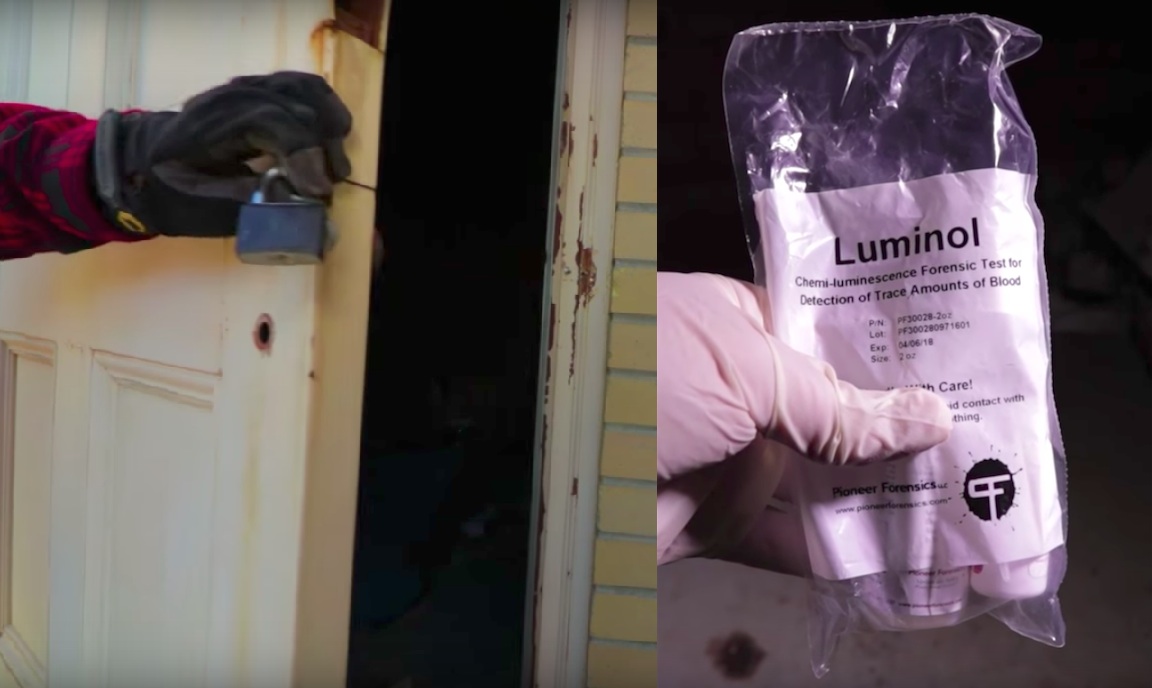 Urban exploring and wandering around old abandoned buildings is all the rage these days and with good reason: there’s just something about investigating these creepy spaces that really gets your heart pumping with the possibilities of what could have once gone on there or could still be going on there now.

One popular exploring YouTube channel is ‘Come Explore With Us’ and they were nowhere near ready for the chilling discovery that one of their expeditions would uncover. The couple stumbled across a seemingly empty abandoned shelter in the middle of nowhere in Fencemaker Canyon, Nevada, USA but on exploring it were shocked to find indicators that someone was actually living there, such as a sleeping bag, fridge, clothes and of course, a copy of Playboy.

It’s probably better if I don’t spoil what ends up happening for you in the video as it’ll be a lot more exciting for you that way, but let’s just say it’s not going to end up the way you’re thinking:

Whoa. Not really sure if that’s a satisfying conclusion to the story of Jeff Kirkwood, or if we’ll ever find out what actually happened to him, but it’s certainly entertaining and enthralling. There’s a Facebook page set up campaigning for an investigation into his death, but whether that will come to anything or not is anyone’s guess. Fingers crossed.

For more of the same, check out 14 beautiful abandoned spots right here in Great Britain. You probably want to visit them some day.