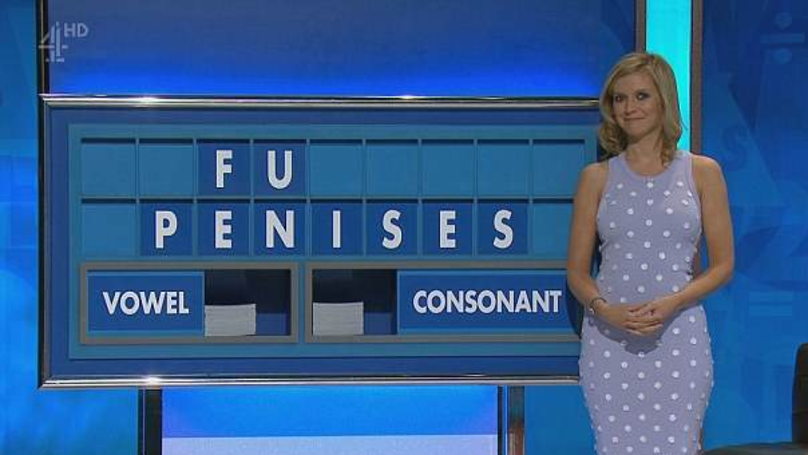 No matter how old you get, I think there are some things that will never fail to be funny and one of those is undoubtedly when people spell out rude words on Countdown. It’s almost like when someone writes a dirty word on the school blackboard, but way more jokes because it’s on TV and purely accidental. You can’t beat that.

The latest instalment of this never ending meme is some old crusty looking woman spelling out ‘penises’ in one round, beating her equally old and crusty looking opponent who could only come up with the much more inferior (in every way) ‘spines’. Guess even when you get older girls only have dick on their mind, huh?

Jokes. I love it how it’s made even funnier by the fact that it’s this woman who looks like a prudey headmistress spelling it out. Would be nowhere near as good if it was some young guy or girl doing it, but then again I’m not really sure if those kind of people even appear on Countdown anymore. Been a while since I’ve tuned in to be honest.

For more Countdown, check out this explicit video of Rachel Riley that went viral a couple of years ago.