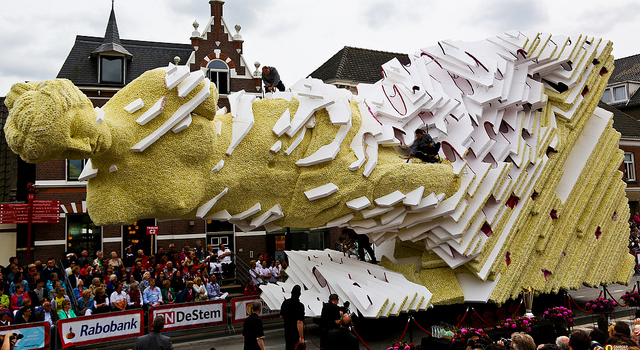 The sleepy Dutch town of Zundert has one of the best parades of giant flower sculptured floats every year. Here’s some of the best from 2013.

There’s a small town in the Netherlands called Zundert and every year they have a massive flower parade called the Corso Zundert. The idea is that teams of designers and artisans compete against each other to build the most original moving sculpture/float that is covered in hundreds of dahlia flowers.

There’s a video of Crazy Gold below (you can’t actually see that much of it moving but it still looks dope) and a bunch of pictures of the best floats from the parade below. I think my favourite has to be the one that’s kind of a like a Greek statue falling over on its side or the dog, but there’s no denying that all of them are completely spectacular in terms of their design and just how good they look. Enjoy. 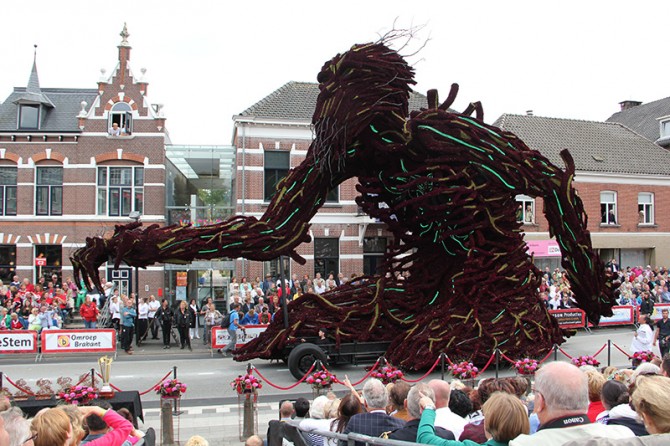 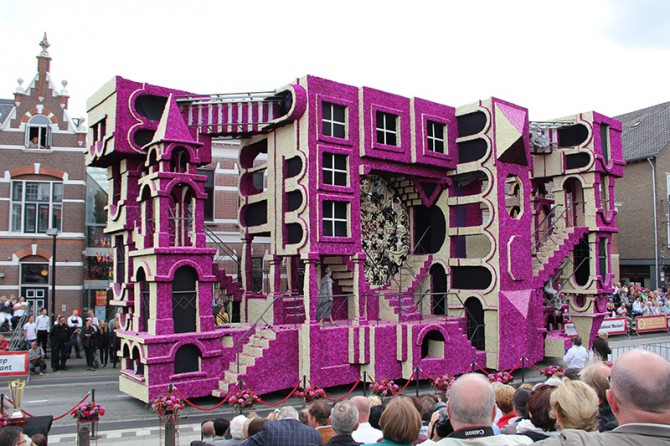 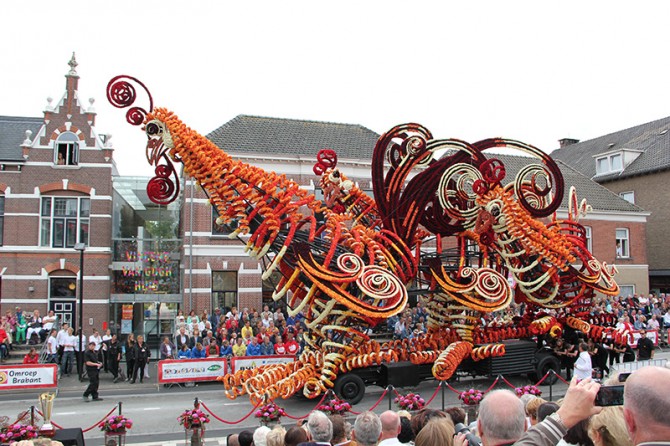 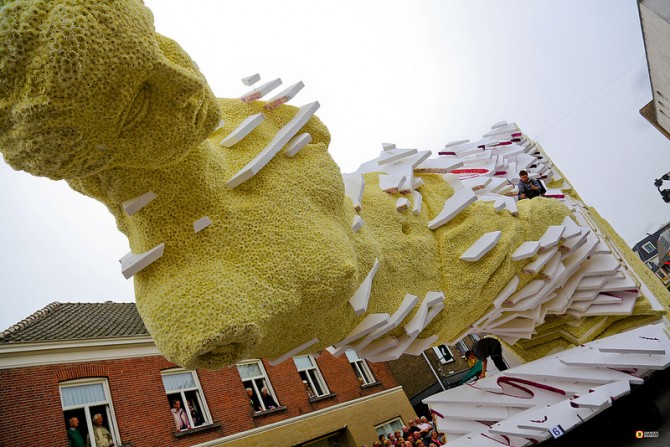 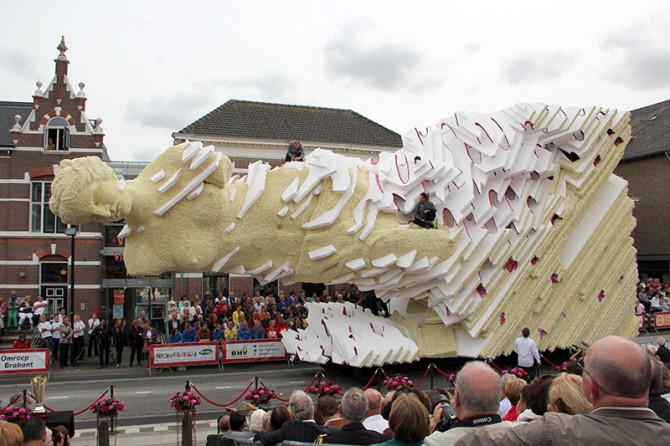 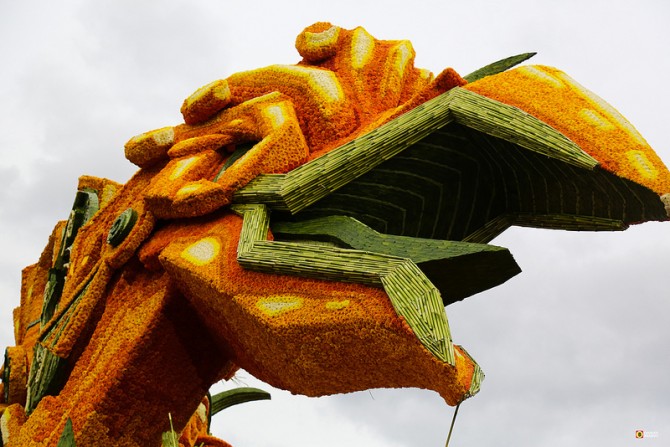 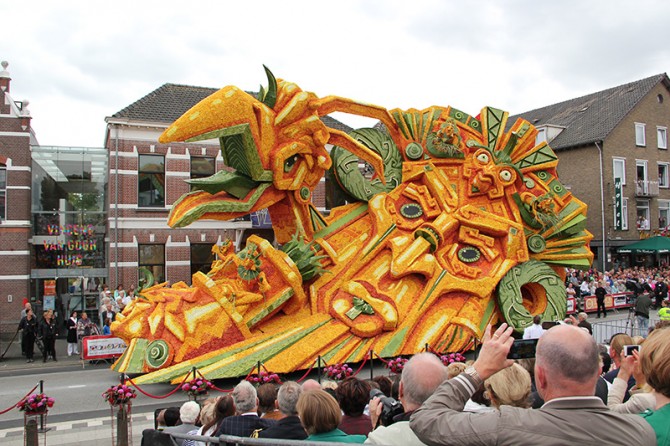 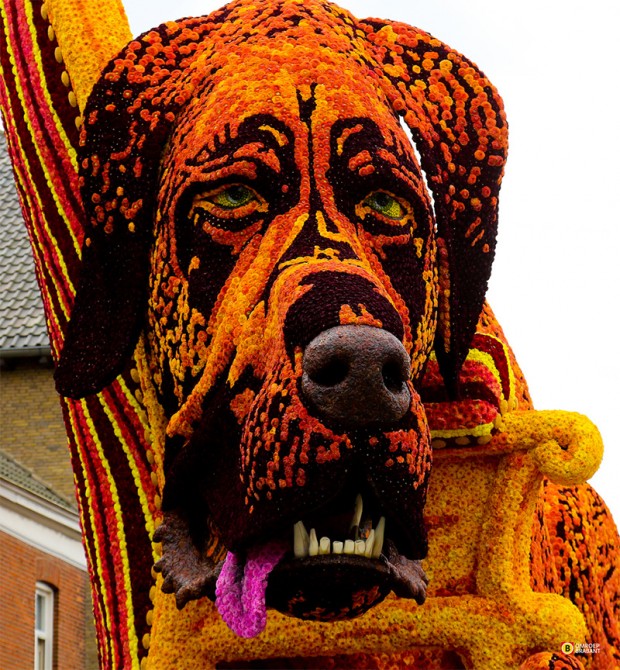 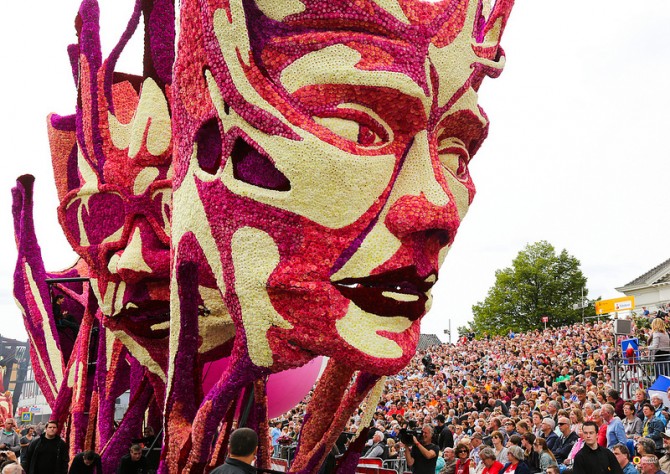 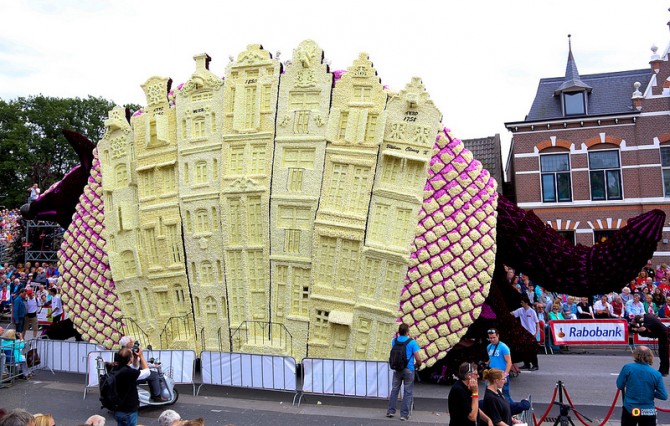