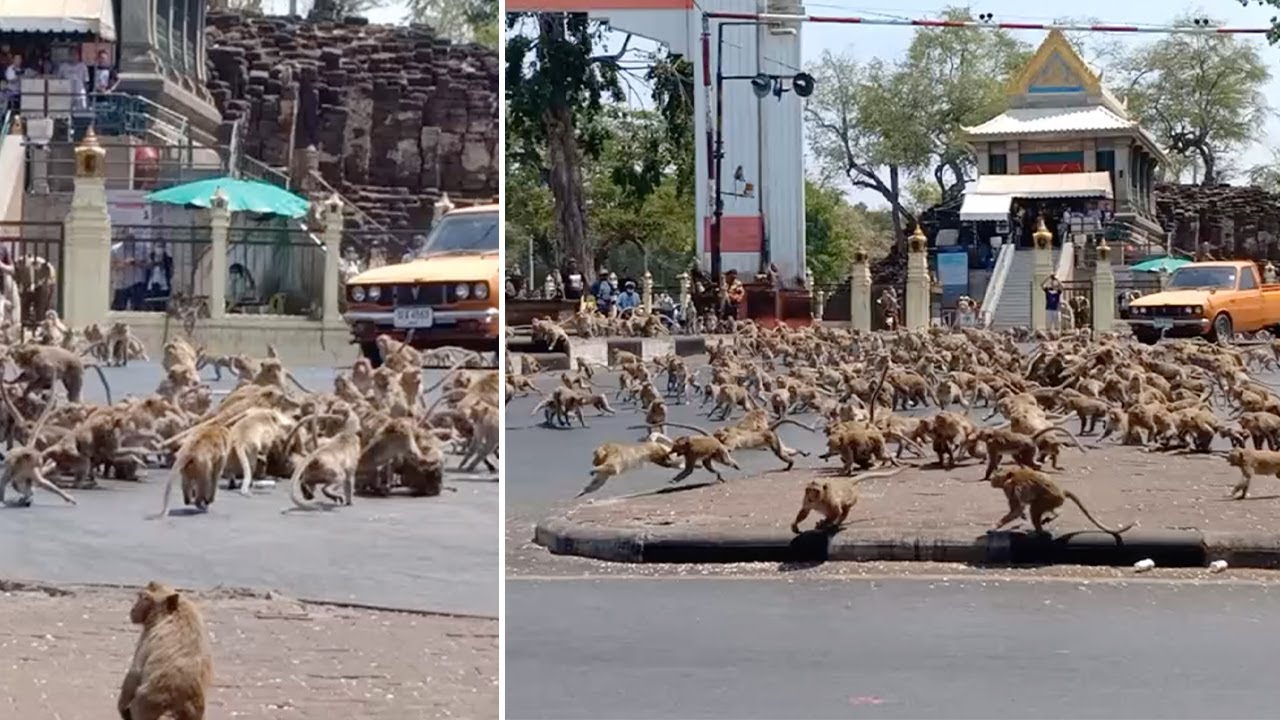 Out of all the possible repercussions of the Coronavirus pandemic that you could think of, I doubt that anyone was predicting that one of them would be a monkey gang war on the streets of Thailand, but here we are.

This is a weird one so bear with us whilst we set the scene. There are a whole bunch of Lopburi monkeys in Bangkok with their numbers approaching the thousands and most of them making their homes in the grounds of the Ancient Buddhist temples in the city.

There are two gangs in the area with one taking control of the city and the other taking control of the Phra Prang Sam Yod temple which is also known as the monkey temple because there are so many of them hanging out there. The two groups are usually separated by train tracks with no reason to interact, but the Coronavirus has put a stop to that.

The Coronavirus has led to a sharp decline in tourism all over the world and especially in Asia where it first originated and this means that the monkeys’ main source of food has been diminished as they usually eat bananas that are thrown to them by tourists. As such, a group of temple monkeys went scouting for new food in the city and ran into the city monkeys and it all started to kick off.

This does sound like the plot to a  musical or something, but when you see the video below you’ll realise how real and how terrifying it all is:

Hundreds of hungry monkeys swarm across Thai street as ‘rival gangs’ fight over food after tourists who normally feed them stay away because of coronavirus https://t.co/lQZ0sOzwDF pic.twitter.com/8TgrCTBrQ8

Holy shit. That’s like some ‘Planet Of The Apes’ style shit – is this how the apes take over the world, after the population is decimated by Coronavirus, that’s when they make their move?

Probably not, but it’s still pretty terrifying to see this playing out in real time. Whatever happens, seems like the world is gonna be fucked for at least a little bit.

For more of the same, check out The Simpsons predicting that Tom Hanks would get Coronavirus. Yeowch.