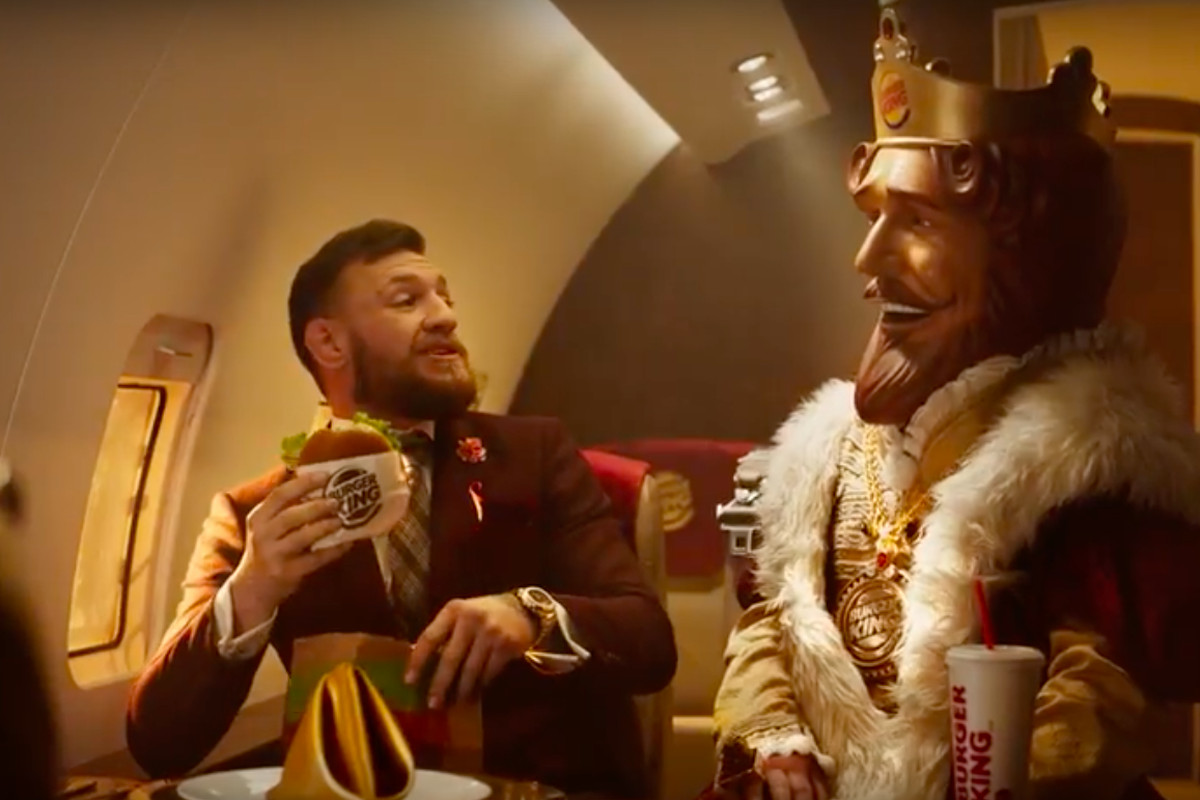 Say what you want about Conor McGregor, but you can’t deny that he’s a world class fighter and a world class hype man – unfortunately though he’s not a world class actor, as his latest appearance in a Burger King advert proves.

Conor decided to team up with the King to promote the new Spicy Chicken Sandwich and to say that this appearance is both bizarre and embarrassing is probably the understatement of the century. The video opens up with Conor marching around a private jet, trying to act enthusiastically about how there’s been a lot of talk about chicken and kings, then the King himself joins him on the plane and presents him with the Spicy Chicken Sandwich, which he tries to look really excited about eating.

Ugh that was awkward. Not really sure why Burger King need a UFC fighter to promote a new menu item, but I doubt Conor is complaining because he probably got paid another couple of million for an hour’s work and didn’t even need to do it well. Much like the Floyd Mayweather fight. Zing.

Anyway, for more Burger King, remember when they started giving away sex toys with their meals? That was weird too.