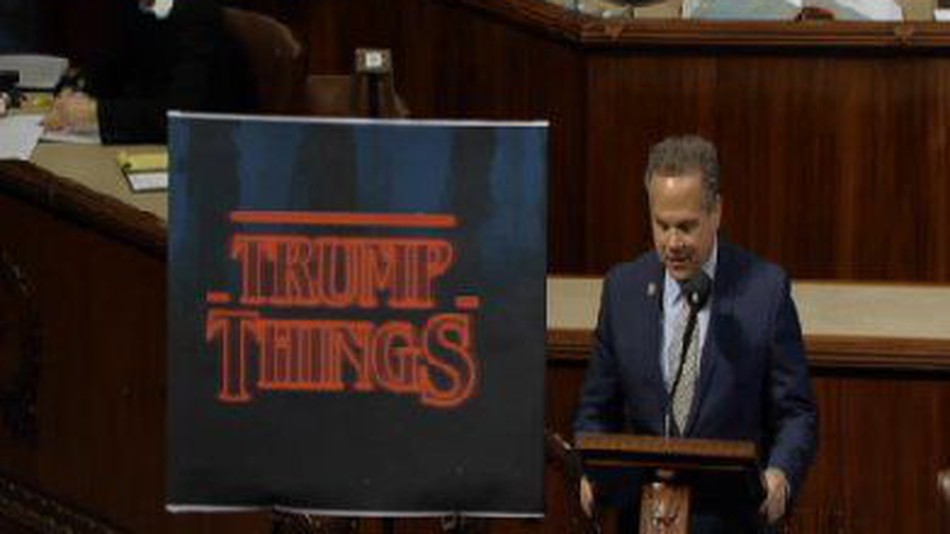 “We are now in the Upside Down.”

I don’t think anyone out there needs to have it explained to them that Donald Trump’s first few weeks as President have been absolutely ridiculous and chaotic, but in case you do then US congressman for Rhode Island David Cicilline is here to explain it with a ridiculous ‘Stranger Things’ metaphor.

Speaking at the House Of Representatives on Thursday, Cicilline took to the floor alongside a visual aid spelling ‘Trump Things’ in the ‘Stranger Things’ logo. He then proceeded to go on a rant about how we were now stuck in the Upside Down and to highlight all the oxymorons that have occurred during Trump’s first month or so in office:

Totally stupid, but I suppose that is kind of the way politics are going these days. I mean there’s no doubt in my mind that because he mentioned ‘Stranger Things’, that his speech is going to get a lot more coverage and reach a lot more people than if he hadn’t. So you could say that even though it seems totally stupid, it’s damn well effective.

Oh well – at least we’ve got the new season of ‘Stranger Things’ to look forward to. Only gotta wait until October for that.