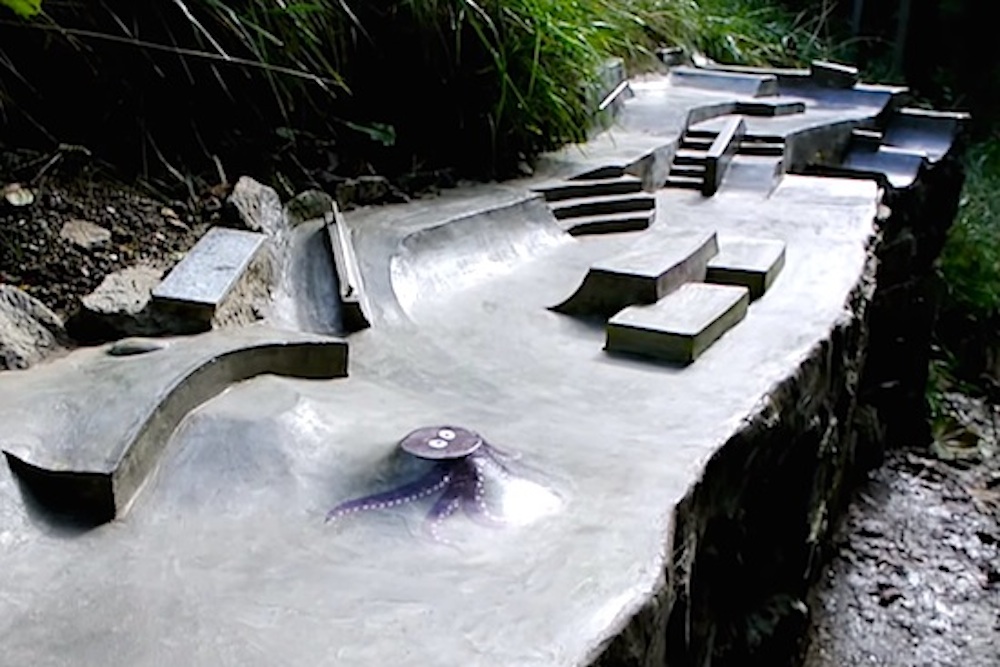 They just pummel beers and rip up the park and it looks like a lot of fun.

I’m not sure if fingerboarding is still cool – or if it was ever cool in the first place – but this video of some dudes building a finger boarding park and then completely shredding it up is like nothing I’ve ever seen before.

Usually finger boarders just used to skate across desks really badly – this is some real dedication to the art right here. What’s even better is that they just slam beers whilst they make their way around the park so they’re obviously really highly skilled at fingerboarding and basically just complete badasses.

It’s also really cool that they didn’t build it in their garage or something boring like that (although this guy’s bedroom setup is pretty dope), but instead carved it straight into some rocks near wherever they live, so anyone who’s passing and happens to be carrying a fingerboard with them can jump in and start playing. The sheer level of effort involved in its construction is pretty unbelievable too.

It’s in a secret location, so literally the only way you might get to use it would be if you stumbled across it with your fingerboard as they’ll apparently never divulge its true location so it isn’t ruined by loads of people coming to play on it.

Only one thing for it then: never leave home without a fingerboard from now on.