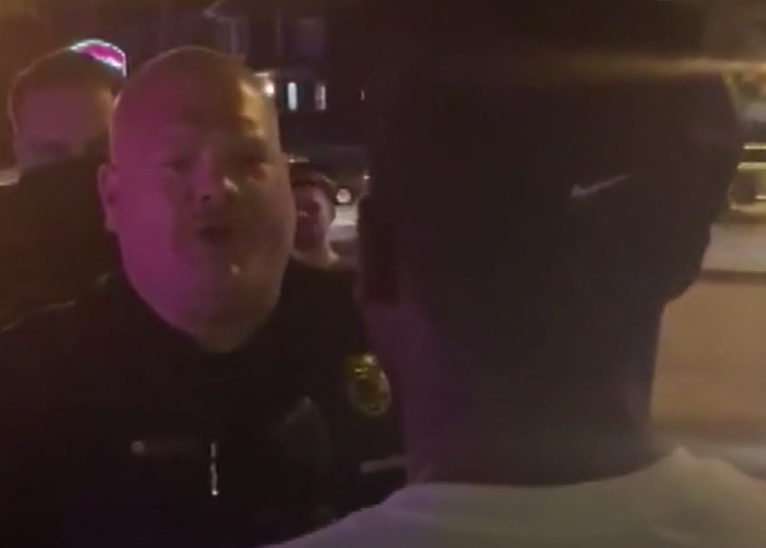 You would think that with everything going on in America right now, police officers would put in a little extra effort so as not to do anything that could be interpreted as being racist, but then we know there’s no shortage of dumbass cops over in the States.

Over in Columbia, South Carolina, Sgt. Chad Walker has been suspended without pay after this video of him dropping multiple N bombs outside a bar in the city’s Five Points neighborhood went viral:

Lol. I like how he thought he could get away with saying it because he was quoting someone else who he claims called him the N-word, but it kinda comes off as though he’s taking the opportunity to be cheeky and say that word in front of a black person.

You might say he wasn’t using the word in a derogatory way, but come on, it’s 2020 – he had to know there was only one way this was ever going to end considering it was all being filmed. From the looks of it, he realised he’d put his foot in his mouth by the time the video ended.

Here is the Columpia PD’s official statement on the video:

After reviewing the video from last night in Five Points, it is evident the actions of Sgt. Walker were a clear failure to fulfill the expectations and standards of our Department. The repetition of the racial slur and failure to deescalate the situation were inexcusable.

I’m sure it won’t be long until we get another example of American cop idiocy. Which absolutely sucks for all the decent police officers out there – like this hero who tackled a suicidal man about to jump off a bridge.