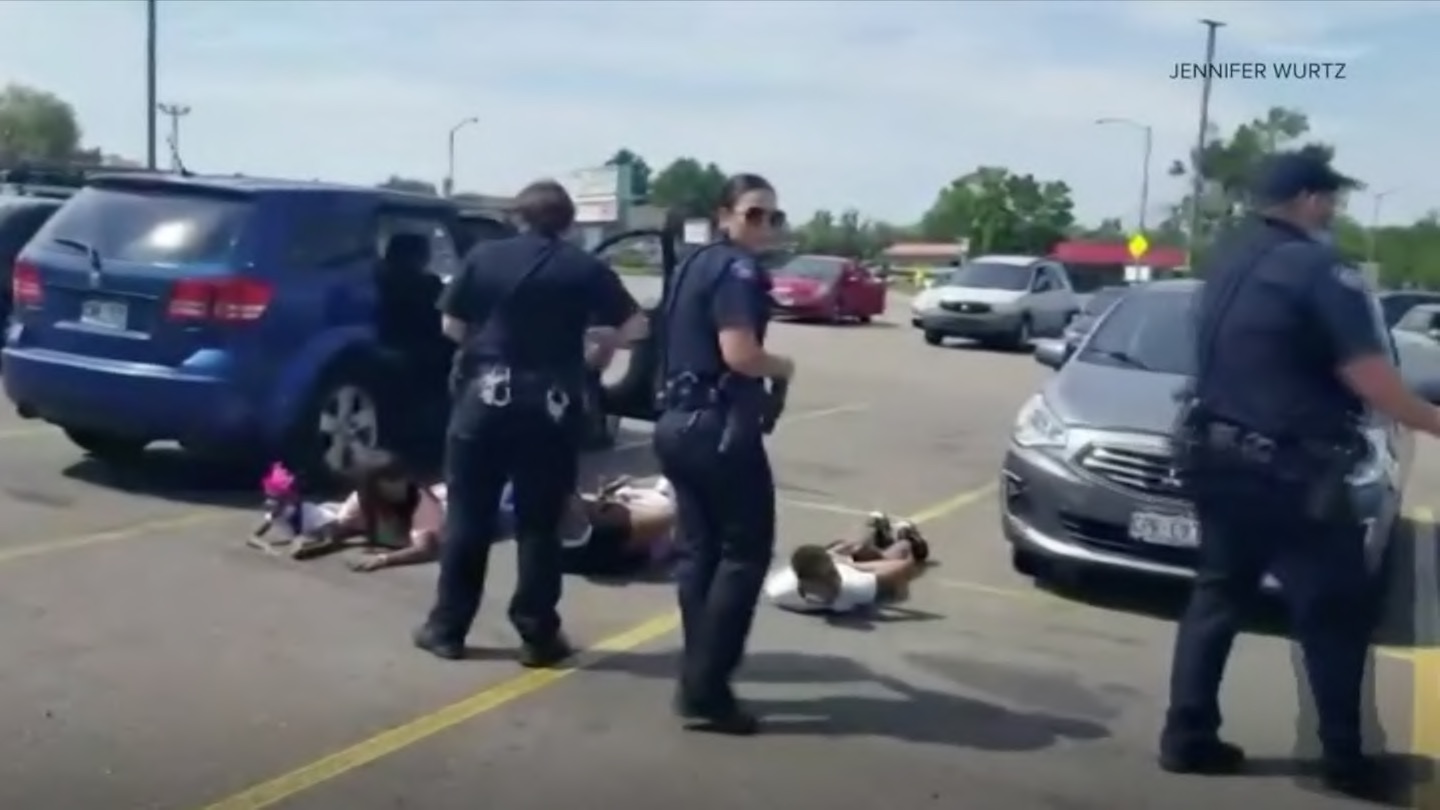 You would think that all the Black Lives Matter protests since the death of George Floyd might have caused the police over in America to take a look at themselves and their practices, but this video might be one of the most idiotic ones that we’ve seen of their actions yet.

The footage comes from Aurora, Colorado, where a family were detained by police on Sunday morning after their vehicle was mistakenly identified as stolen. Wonder if that had anything to do with the fact that they were black hey?

Anyway, Brittney Gilliam had taken her nieces and nephews to get their nails done at the local salon, but when they saw that it was closed they headed back to their car, where they were quickly surrounded y police with their guns pointed at them. Jennifer Wurtz witnessed the incident and started recording it as each family member was placed into handcuffs and forced to lie face down on the ground:

I saw a car next to me with four girls in it. Feet were up on the dash it was real cute. And next thing I know the police pull up silently behind them and had guns drawn on the children.

I mean that seems like a completely ridiculous reaction from the police, even if it was actually the car that had been reported stolen. The story gets even better (?) when you hear that the actual stolen vehicle was a motorbike with the same license plate number from a different state, making the cops even more incompetent and moronic than previously thought. When is this kinda shit going to stop?

For more of the same, here’s the full bodycam footage from George Floyd’s arrest. Pretty outrageous.