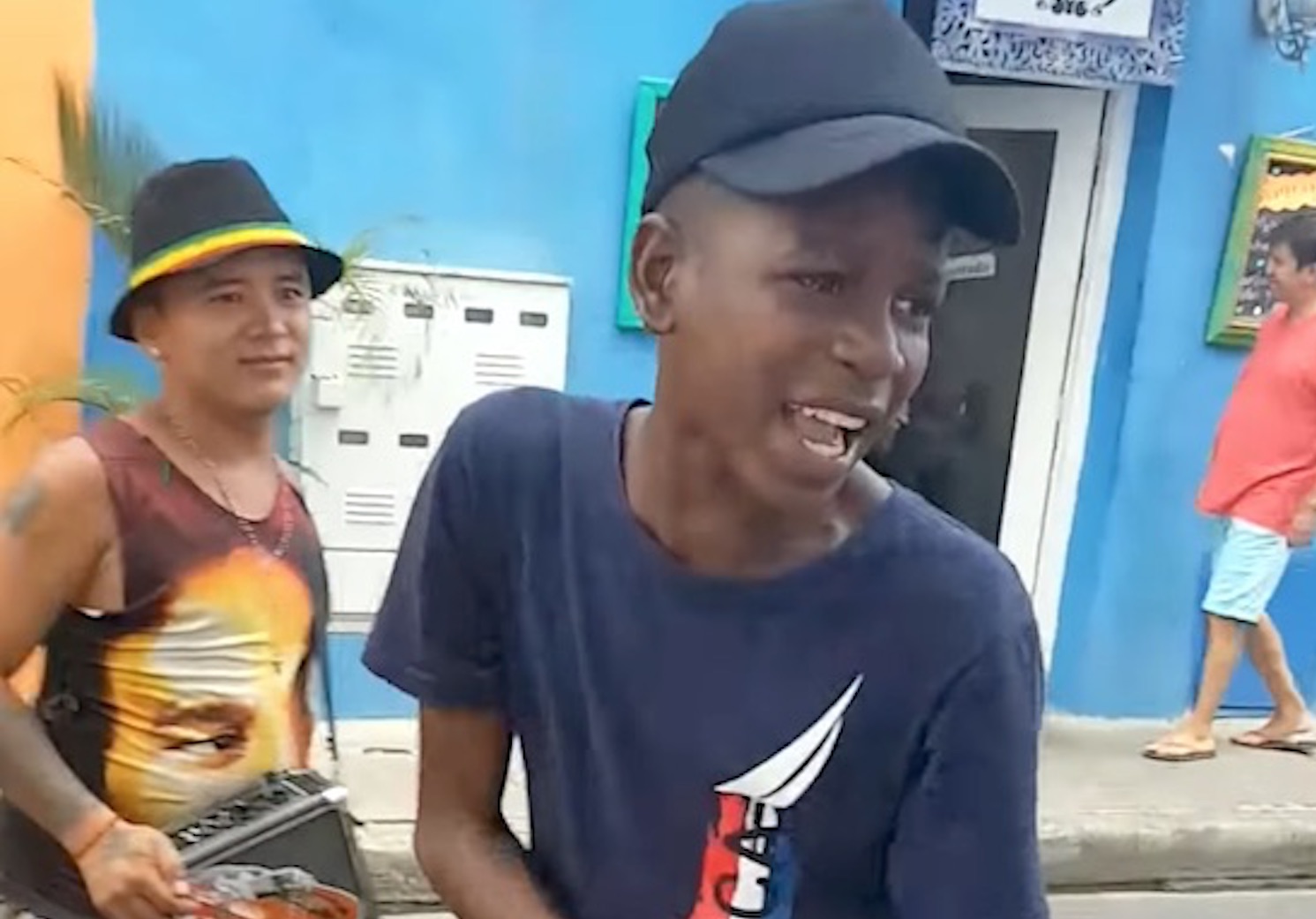 They say that if you’re trying to make it as a musician then it’s important to play and practice as much as possible, be that in a live environment, in your bedroom or just on the side of the street to anyone who will listen.

These Colombian rappers have certainly got the right idea then. Just walking down the street with a beat box, the pair are spitting bars at any tourists that care to listen to them.

And to say that they’re absolutely smashing it would be an understatement. The pair ooze charisma and talent and to be honest, this is the kind of video that if it goes viral, could end up with the two of them getting signed to some hip hop label and well on their way to becoming superstars:

Absolute fire right? Love the guy in the hat and some of the raps they’re coming up with, even if I don’t understand them because I can’t speak Spanish. I know enough about rap though to know that these kids have got talent. Hopefully they end up making it.

For more rapping, check out this loser rapping about having a session. Seriously cringey.