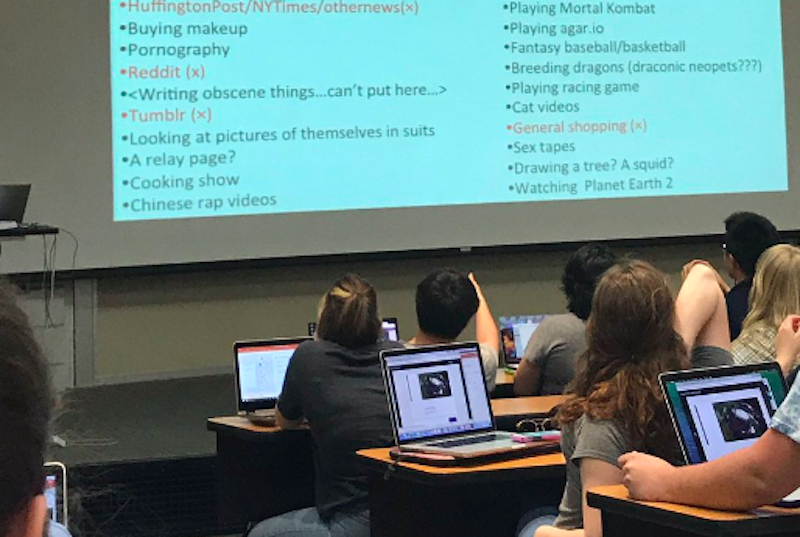 It’s been a hot minute since I’ve been at school or college or anything, but I imagine if I did go back then I would probably spend most of my time surfing the internet on my laptop rather than actually paying attention to whatever my teacher was saying.

One graduate teacher – Meg Veitch’s at the University of Michigan – was way too upset about this simple fact of life though and decided to call her class out on it, making a list of all the embarrassing things that she had caught people looking at during it. Here’s the list as well an overly detailed explanation of why this happened:

I am a student instructor for the class. There’s two of us for oceanography — it’s an introductory course — and the professor who runs it, Brian Arbic … really enjoys using exercises with the laptop, working with Google Maps, that sort of thing. So he doesn’t want to ban laptops in the class, but by the same token he doesn’t want students doing things that aren’t really taking notes or looking at the lectures on the laptop.

In particular, if you’re watching a video or playing a game, it’s not so much your distraction. It’s distracting to everyone behind you. He tells them at the beginning of the year, they’re not supposed to do this, and that the graduate-student instructors will take away the laptops if this happens. We’re not going to take away the laptops.

We’re supposed to tell them to knock it off when we see it. But both myself and the other graduate-student instructor found really quickly there’s a bunch of students we couldn’t reach in the middle. And I actually started keeping the list just because it would help to remind myself, at the end of class, there was someone I couldn’t get to in the middle that I needed to pull them aside and say, “Hey, you shouldn’t watching Planet Earth 2” in the middle of class.

So I started keeping this list, and at some point I showed it to the professor, and he thought it was hilarious. And he thought he should let the students know that although he has repeatedly told them that the graduate-student instructors were walking around and looking to make sure they are on task, many students have been ignoring it, and these are the things we have seen because of it.

I guess it was a bit of a shaming tactic. You could definitely see some of the kids in class recognise their behaviour when the list went up. I will tell you for that class, the first third of it, no one was even on Facebook. 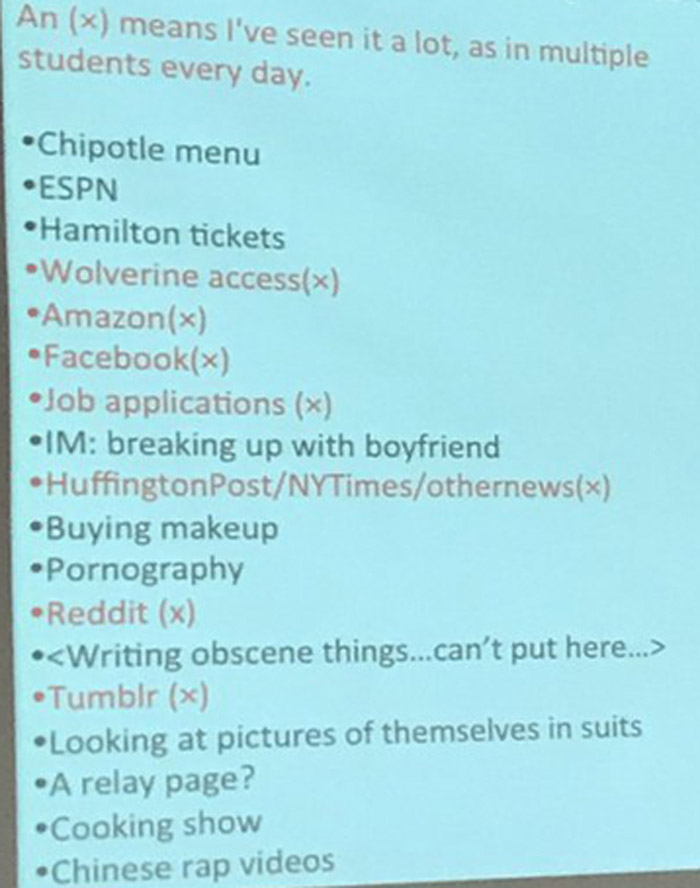 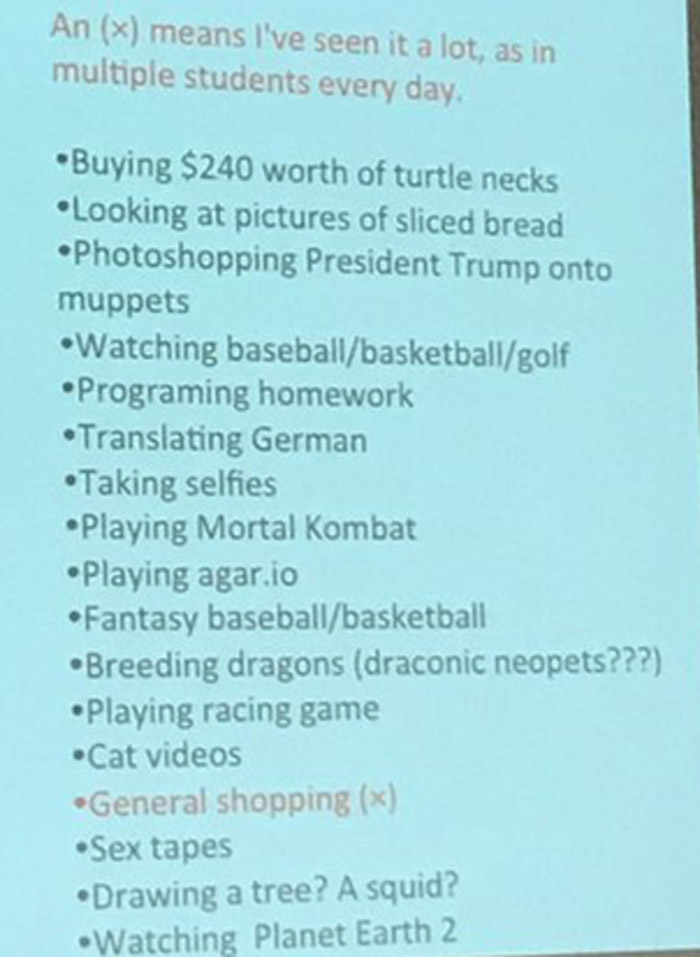 Yeah to be honest, the turtleneck thing kinda puzzles me as well, especially as a student. I mean it puzzles me at the best of times obviously, but when you’re a student with supposedly little money, to blow it on turtlenecks seems a little silly.

Not really sure why this would embarrass the students either as it’s pretty fucking obvious what you’re looking at if someone just looks at your screen – do they really think the TAs weren’t spotting this? I suppose you think you’re hot shit when you’re a kid so maybe not, but still it seems like it’s stretching the limits of reality to assume that. Kids huh?

For more embarrassing internet searches, check out the most messed up things that Deep Web users have ever come across. Some depraved shit right there though, be warned.