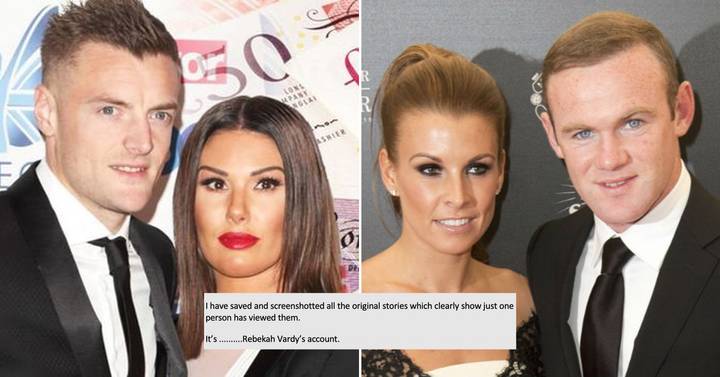 I’m gonna be honest, I don’t really care that much about the private lives of England players’ WAGS, but this recent revelation from Coleen Rooney is just too salty to not write an article about.

Obviously Coleen Rooney is always in The Sun and other trashy publications like that all the time as they try to get clicks by reporting on whatever banal stuff is happening to her and hyping it up (yes I know, but we’re not that bad), but did you ever stop to think how The Sun managed to obtain all these stories about her? No, me neither and I didn’t care either, but now that I’ve found out that Coleen has managed to figure it out after a little detective work, well, I am totally and utterly enthralled about it.

Get a load of this post that Coleen just posted:

This has been a burden in my life for a few years now and finally I have got to the bottom of it…… pic.twitter.com/0YqJAoXuK1

OK so why the hell is Rebekah Vardy doing that? I doubt she needs the money from The Sun as she’s married to a multimillionaire footballer, so I guess the only reason to do it would literally be to diminish Coleen’s standing in the public eye and I guess by proxy hopefully elevate hers? That’s like some next level real life Footballer’s Wives level of bitchiness right there and you can bet that the fallout from this is going to play out like something from one of those trashy TV shows too.

And yeah, I can’t wait to watch it unfold on social media either. Shots well and truly fired.