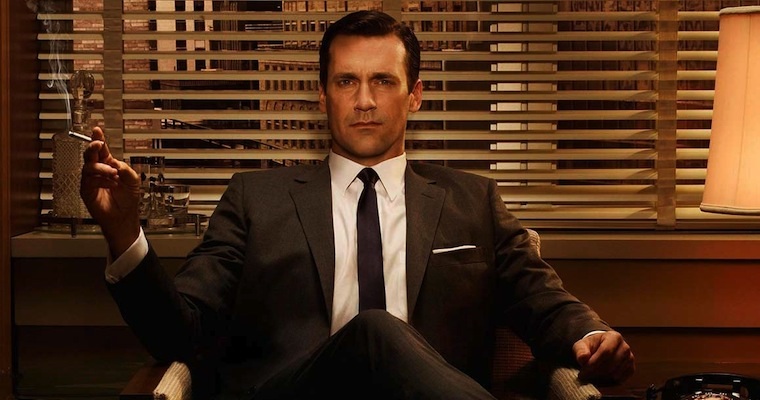 I’m getting old. I’m starting to dress more responsible and less than an unsponsored pro skateboarder. And I blame Don Draper off Mad Men. 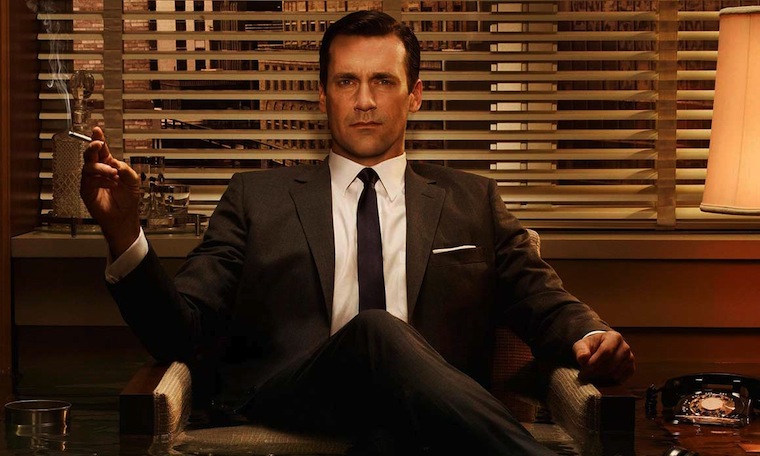 In a world where track pants, t-shirts, trainers, baseball caps and hoodies seem to be the norm, I’m starting to feel slightly out of place. I’ve worn all those things and still own some, but something strange has recently started happening to me. At the age of thirty *cough* something something, I suddenly feel the urge to not dress like an unsponsored pro skateboarder and finally dress my age…a wee bit. I never really noticed sharp suits or groovy collared shirts and trousers until I hit the age of thirty, but now I can’t get enough of them.

Why has this happened to me? Well, it’s hard to know really. I suppose it happens to all of us. At some point, your dad stops dressing like Jim Morrison and start to dress more like Bill Cosby. I asked my Dad when and why this transformation occurred, and he had no bloody idea. He told me that, “It kind of sneaks up on you son, much like the Vietcong, one item of clothing at a time.”

It sounds insane, I know. How could you not notice that you were no longer dressing like you used to? But was the old bastard/borderline racist right? One doesn’t just get rid of all his clothes and replace them with an entirely new wardrobe. It would be a logistical, not to mention, financial nightmare!

It more like, suddenly, your Jefferson Airplane t-shirt has been replaced in your closet by a neutrally coloured polo and/or golf shirt. Next, your beat up Levi’s have been replaced by beige Dockers. Your Chuck Taylor all-stars have turned into penny loafers and before you know it, you’re growing a non-ironic moustache, talking about the weather to strangers on a bench and going to bed at nine-thirty.

I have not quite reached this phase thankfully. You the reader however, may be less or farther along than me, only you can know. I still consider my Levi’s treasured friends and hang on to my battered Nirvana shirt bought in 199… like a hoarder who doesn’t realise that it’s no longer of use to me as I’ve not worn the damn thing in five years.  I continue to get tattooed, much to my Mrs’ chagrin, so am keeping one toe in my former world, but things are certainly changing. I own more than two suits now, and have recently bought a really swell pair of tan coloured brogue’s that have become my everyday footwear of choice. I own more than one Fred Perry polo shirt and have more collared shirts than I do t-shirts.

We all change, and they say that change is good. I just wish I could pick someone to blame for his metamorphosis. I could pick my Mrs maybe? But she doesn’t really get on my arse about clothes that much. I suppose it could be a natural personal realization that was inside of me all along? That it is I who is maturing, and therefore, want to present myself to the outside world as someone who is more mature. I would like to think it was the latter. But deep down, I know that’s a load of bollocks.

You want to know what it is? And in fact, I don’t think I am alone in this. It’s that bloody Don Draper off Mad Men – is he the man or what (see above)?