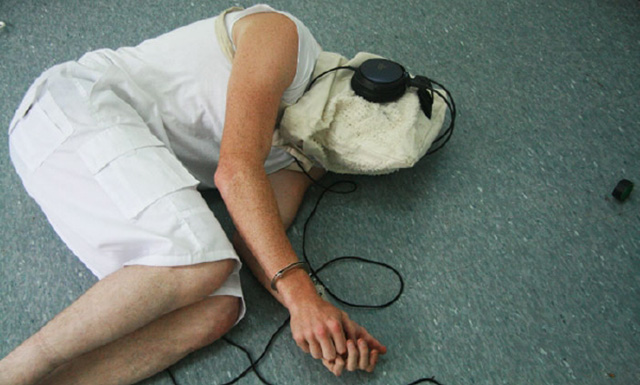 Anonymous have got their hands on the playlist used by the CIA to torture Muslim captives after they began their “improved examination program” in the early 2000s.

If you play it for 24 hours, your brain and body functions start to slide, your train of thought slows down and your will is broken. That’s when we come to talk to them.

Barney — I Love You

Queen — We are the Champions

Some decent tunes on there if you ask us, but definitely feel for these dudes having to listen to the Barney song and Meow Mix theme over and over. Also, what a savage move putting “Fuck your God” in there — that can’t have been too pleasant on repeat.

Up next, here’s the song the dude who killed Osama Bin Laden was listening to on the way to do the big mission.