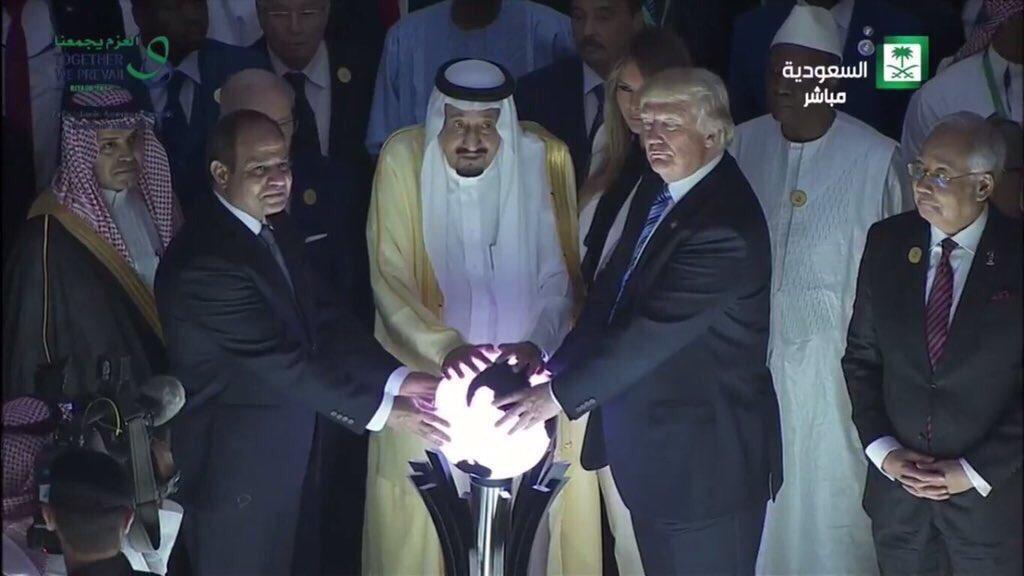 The most polarising man of all time.

You’ve probably seen that stupid image of Donald Trump and King Salman bin Albdulaziz Al Saud of Saudi Arabia holding onto a weird orb (above). It’s quite easily one of the dumbest pictures of all time, and it fully deserved to be made into every single one of the memes that appeared online over the weekend.

Whilst most of us just found this amusing/depressing, there was a subset of people that were deeply offended by one of the memes that popped up. Surprisingly, this wasn’t one of the minority groups that Trump regularly offends with his rhetoric, but instead none other than the Church of Satan.

Many people were joking that the picture of the orb made it look like the world leaders were involved in some kind of Satanic ritual, but the official Twitter account of the Church Of Satan was not happy about this at all and decided to send the following tweet for clarification. Notice that it’s verified, so there’s no question that this actually is the Church of Satan and not a fake account:

For clarification, this is not a Satanic ritual. pic.twitter.com/CccP39fqN4

Thank God (Satan?) for that eh? Not really sure I would have been able to continue living my life if they hadn’t decided to step in and fully clarify the situation. So happy they’ve got excellent PR over at the Church Of Satan. Fantastic.

For more of the same, check out this weird Satanist at the unveiling of a giant statue in Detroit. Really weird.