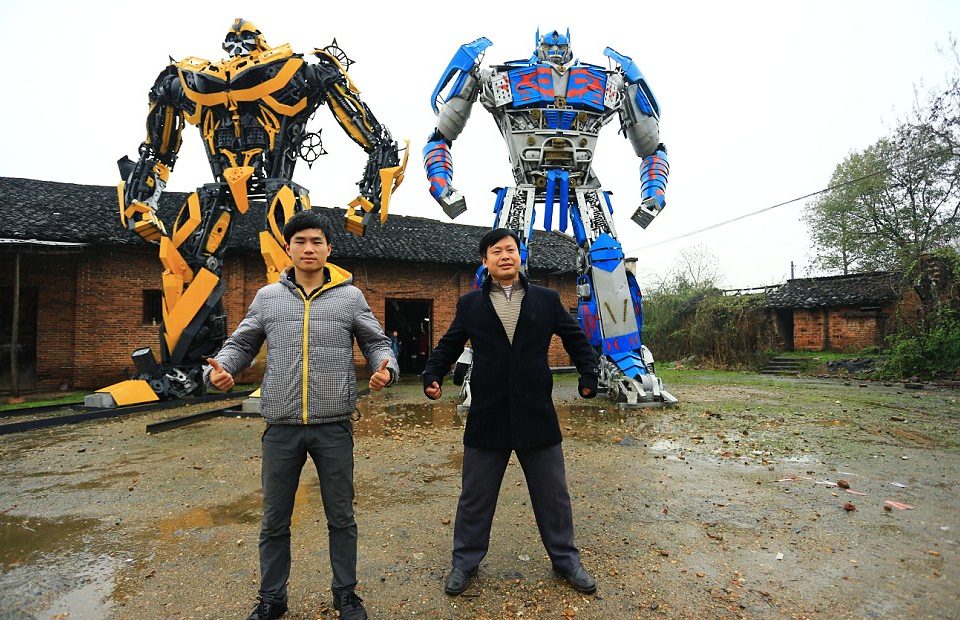 When was the last time you did something this productive with your old man?

Transformers: Age Of Extinciton is (surprisingly) the highest grossing movie in Chinese history. One father and son team were so obsessed with it that they used all the scrap metal they could find in their city to build some of the coolest looking replicas we’ve ever seen.

Peasant farmer Yu Zhilin and his son Yu Lingyun got a bunch of scrap metal that nobody wanted in their home town of Hengyang, Hunan Province and putt together these incredible replicas of Bumblebee and Optimus Prime like it wasn’t even slightly a big deal. It’s even more impressive when you consider that they were originally the poorest of the poor over there and did it off their own backs, probably without any training or impressive tools or anything.

Now though. they’re rolling in it as one of their replicas was sold to a Chinese super fan for a banging $160,000, and they have more commissions on the way. What an awesome way to make use of other people’s waste and make yourself a pretty penny in the process.

Absolute killers, and considering how polluted China has become a lot of people over there could probably do their country a favour by following in their footsteps. Check out some more pictures of the replicas and of the process employed by the father and son team – including the original pile of scrap they used for parts – on the slideshow. 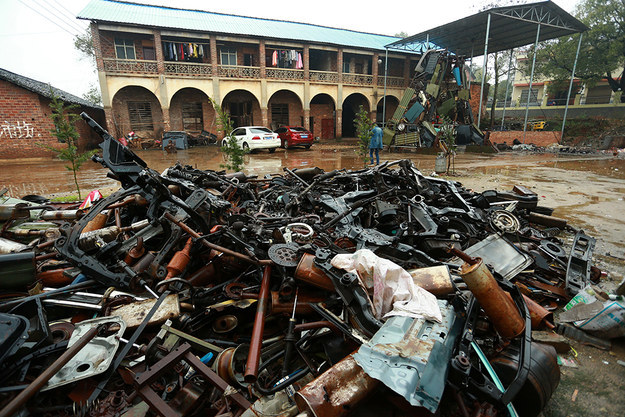