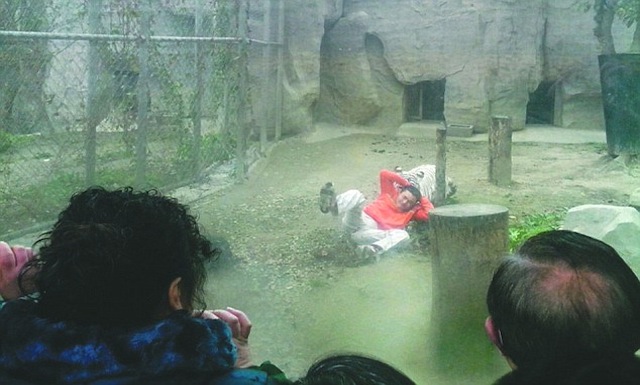 How do you deal with depression at work? This dude tried to feed himself to the tigers at the zoo.

How do people deal with the day to day drudgery of working life? Some pick up a fun hobby on the side, some go back into education, others say sod it and quit and find themselves a new job. Not 27-year-old Yang Jinhai, a printing factory worker from China. He got so low at his job that he decided to offer himself as sacrifice to two bloodthirsty tigers at the zoo.

Well, turns out they weren’t that bloodthirsty. They were actually kinda scared of him at first, but the male eventually attacked and was shot with a tranquiliser dart before he could do too much damage. Yang seems to have suffered a few cuts and bruises and a massive split in his trousers though. 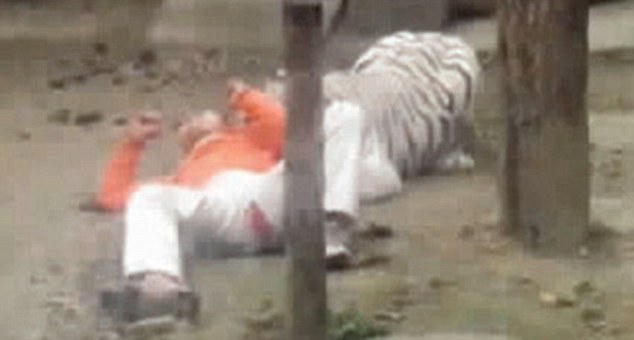 Eyewitness Feng Lin said: “He climbed up the outside of the cage and jumped inside expecting, I assume, that the tigers would pounce on him. Instead the two tigers, a male and a female, seemed more nervous than anything else and the female actually ran off. He then tried to antagonise the tigers by pulling faces at them. Eventually he was attacked by the male where he was cut after being scratched and bitten before he could be rescued by zoo keepers who fired a tranquilliser dart at the male tiger.”

Maybe we’re being too harsh on Yang Jinhai. I mean I’ve never felt so down at work that I considered feeding myself to a tiger but then again I’ve never worked in a Chinese printing factory, so who knows? Maybe that is as low as it gets. Anyway, a good lesson in perspective to anyone out there slowly dying from the office life. 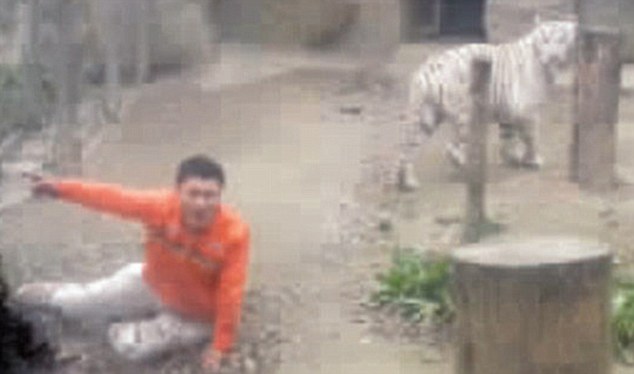