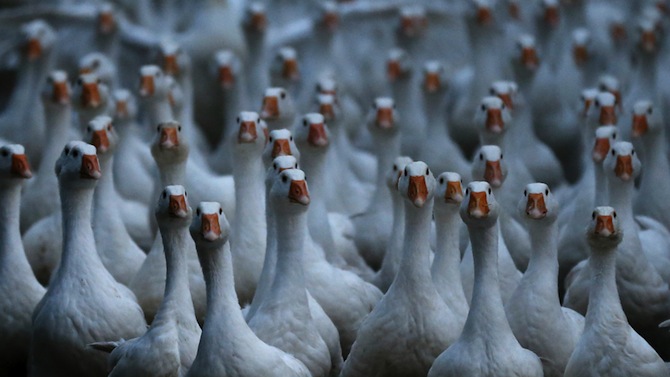 The Chinese have a new weapon in crime-fighting – police geese.

Police forces in rural corners of Xinjiang province in China have been sending geese police out on patrol to tackle crime, and apparently it’s working. The geese respond to dodgy behaviour by freaking out and making a ton of noise which scares off the criminal and/or alerts their human counterparts to the danger. One guy even got busted breaking into a police station when a gaggle of geese cornered him in a room.

“Among all poultry, geese (are known) for being extremely vigilant and having excellent hearing,” said police chief Zhang Quansherg. “In some ways, they are more useful than dogs” he added, because geese are less susceptible to poisonous treats.

Do we think it’s a good idea?… No. We think it’s a GREAT idea. When a team of police chiefs and all the best crime-fighting minds in China meet up, lock themselves in a room and discuss crime, THESE are the kind of original, creative solutions you want to be coming up with. 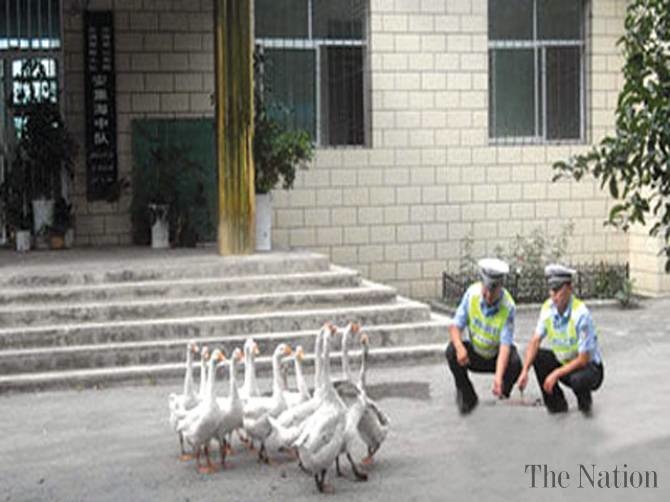 And why wouldn’t it work? Geese can be pretty savage. I don’t know about their crime solving abilities or their ability to suss out who the criminals are but I know this much — any person would freak out if they had a flock of geese descending on them, flapping their wings and squawking and pecking them and shit. As the police chief says they’re like a “radar that does not need power”, and also a radar with a bad attitude and the ability to fly.

â˜› Next: Goose Army In Belgium

If the Chinese really trained up their geese they could replace the need for human police altogether. It looks like they’re already going down that route in other avenues anyway.