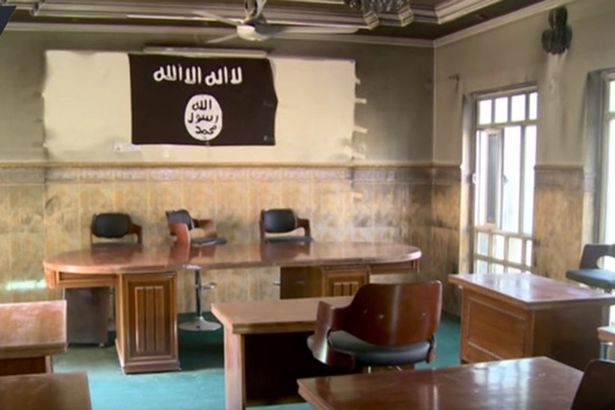 You can’t imagine the fear.

The footage below has emerged showing the inside of an ISIS courthouse where some of the world’s most brutal sentences were handed out to petrified prisoners.

Hostages who were held in this courtroom in the Iraqi city of Fallujah were locked up in cramped iron cages before being lead to the extremist judges for sentencing. These cages were built in different shapes so that those who were kept inside them had to either stand, kneel or curl up.

The footage of the building shows the now-abandoned courthouse, although it is thought to have been used by ISIS to hold and sentence enemies as recently as June. Not only can you see the cages, but there are also photos of former defendants and information on their punishment. Sadly, many were given the death sentence.

You can’t even imagine the fear that would’ve been going through the poor prisoners’ minds.

For a similarly harrowing insight into ISIS’s punishment buildings, check out these photos inside one of their hellhole prisons.