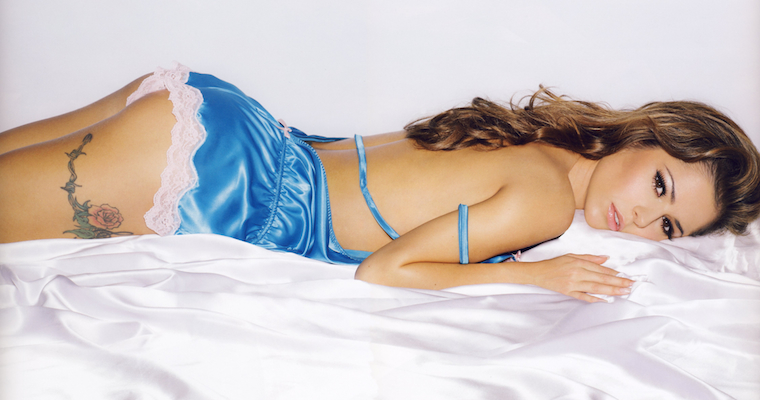 Celebrities are notorious for getting some of the shittest tattoos in history. Cheryl Cole has just joined the club with her worst tattoo ever.

Whenever celebrities get tattoos they always seem to be completely shit. Actually that isn’t true, when cool celebrities who actually know stuff about tattoos like Travis Barker or the dudes from Avenged Sevenfold or people like that get tattoos they generally look pretty cool and fit in with their lifestyle choices at least, but when dumb celebrities like Justin Bieber and Ed Sheeran and Harry Styles get tattoos they invariably end up looking really really shit. Which is awesome for most of us because it means we can just slag celebrities off because even though they’re way richer and more famous than us and probably have way more fun thans us, they still look like morons with really shit tattoos when they get naked with a hot babe.

Or a hot guy, as is going to be the case with Cheryl Cole’s new tattoo. This is really, really bad and kind of makes her look like a complete tramp. I know everyone loves Cheryl Cole because she’s so cute and successful and because Ashley Cole was such a dick to her and made her cry loads, but seriously this tattoo is really really wank. I mean why would anyone want to get that area of their back tattooed anyway, it’s a really dumb place because hardly anyone is gonna see it except when she’s doing Girls Aloud shows, and also the design is just totally stupid. Why would anyone want two gigantic roses there that are distinctly kinda dark? It doesn’t make any sense to me, at all.

I mean granted it’s on her back so maybe when she was getting it done she couldn’t see how bad it looked, or really imagine how bad it was going to look because you can’t really imagine what anything on your back actually looks like because it’s on your back and you never really see you back, but even so SRSLY Cheryl? Tattoos are permanent you know? Apparently she had another really shit tattoo in that area previously of a butterfly and this was a coverup of that, which kinda implies that she hasn’t got the best track record with actually liking her own tattoos so maybe it wasn’t such a hot idea to get a massive one that looks so shit hey?

Oh yeah, and she debuted this new tattoo at the first of the Girls Aloud reunion shows that took place last night in Newcastle. I guess that’s a pretty good idea if you want everyone to be talking about YOU and not the Girls Aloud reunion huh? Pretty standard Cheryl Cole right? And yeah, that’s exactly what has happened because there aren’t any headlines today about Girls Aloud’s triumphant return to the stage, they’re all about Cheryl Cole’s trashy new tattoo. You gotta love PR.

Anyway, here’s a bunch of pictures of it. If you can figure out why celebrities seem to love getting shit tattoos then let us know.

â˜› More Tattoos: This Is Why Retards Shouldn’t Tattoo 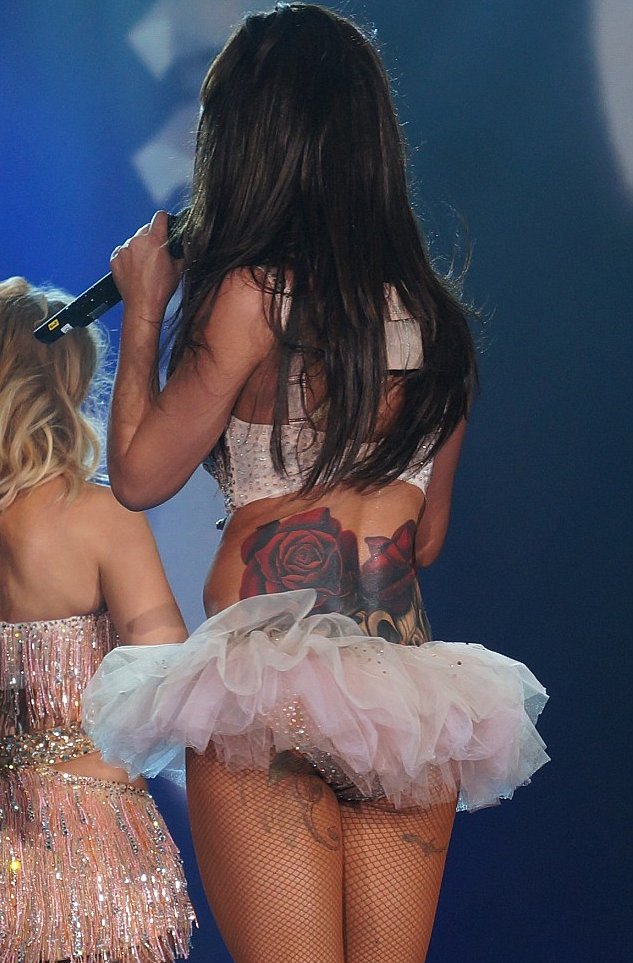 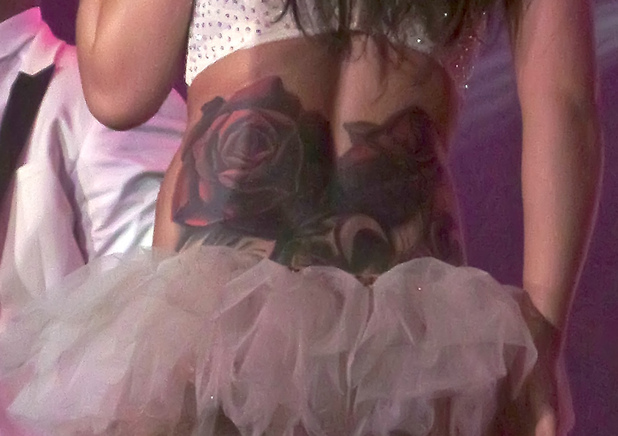 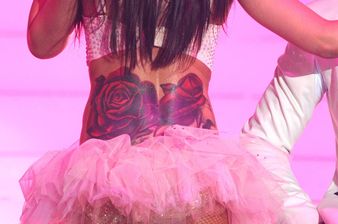