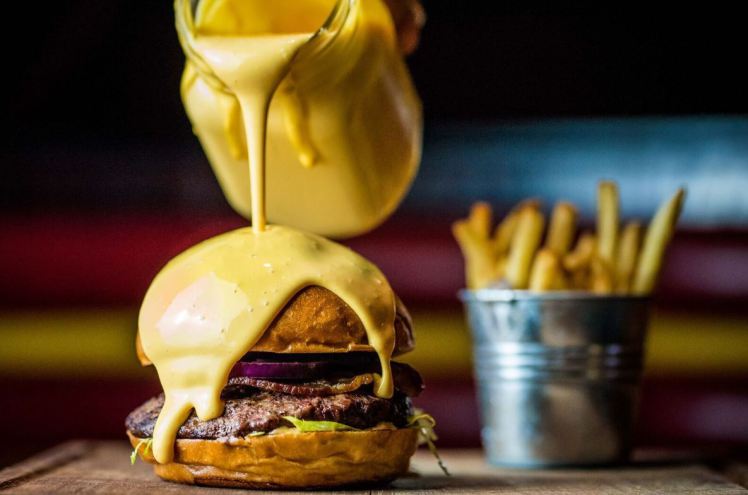 Served with a whole jug of hot melted cheese.

You can’t really have burger without a slice of melted cheese on top of it – the two just go hand in hand, don’t they? – but I think that this cheese bomb burger is perhaps taking things a bit too far.

It’s the brainchild of whoever the chef is at Maxwell’s Bar And Grill in London and basically looks like a cheese overload. The burger comes with its own jug of melted cheese that you’re supposed to pour all over the burger, so the whole thing is literally dripping in melted cheese.

Take a look at it in action below:

Forget fries! This burger comes with a jug of CHEESE on the side. @maxwellscg pic.twitter.com/lh4H4xresA

Whoa. Looks a bit messy right and I’m not even sure it would be that nice having all that cheese over the entirety of the burger? Also wouldn’t it be kind of hard to eat with your hands if the cheese was boiling hot as well?

Not sure if I’m that into it, but I’m probably gonna have to check it out just so I can say that I gave it a go. It’s just one of those things isn’t it?

For more cheese, check out the cheese advent calendar. Get your order in early this year.