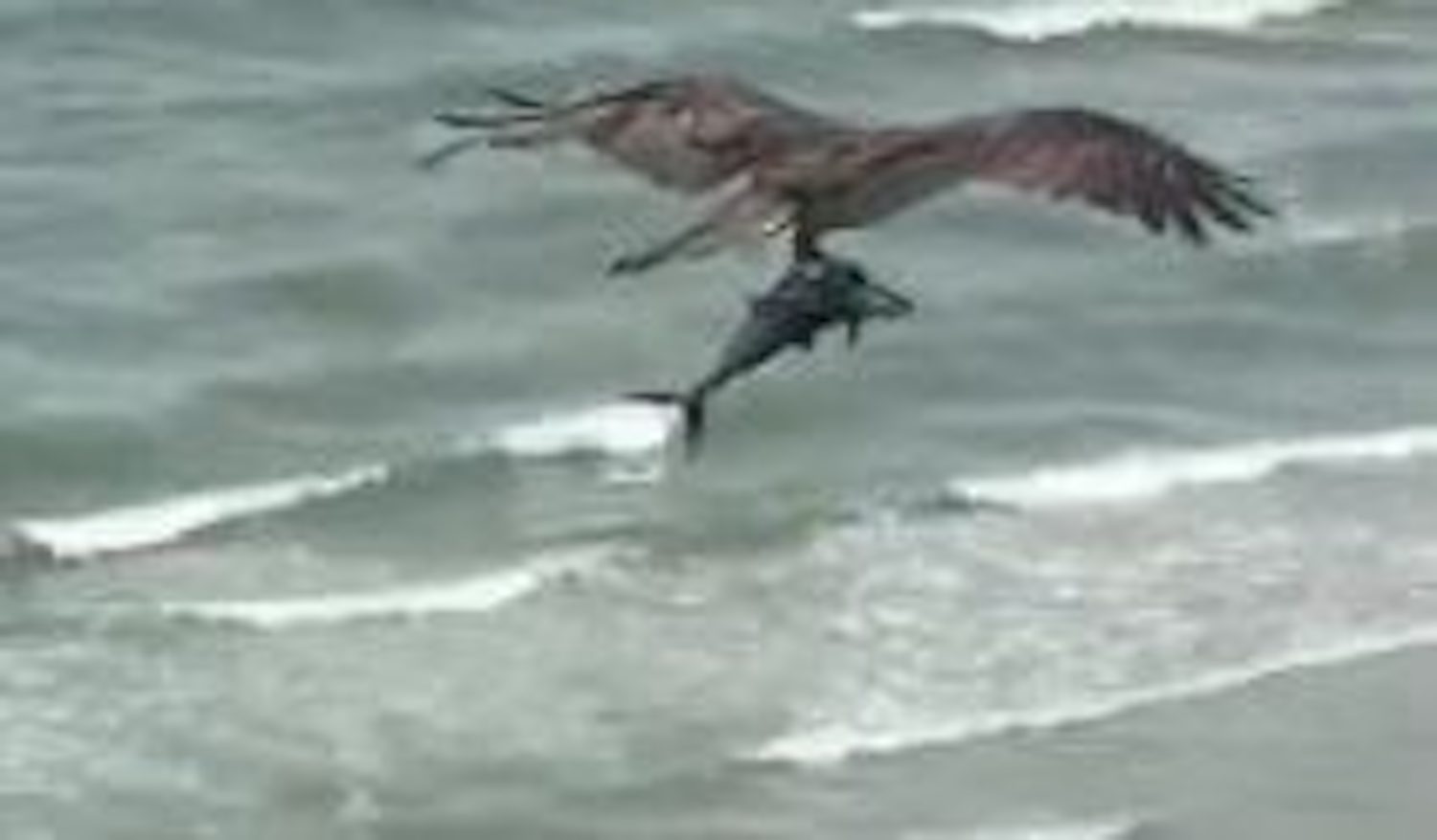 2020 has been the weirdest year of all of our lives and we’re only halfway done so expect to see a load more crazy shit like this massive bird flying around with a shark in its talons.

The video was shot at Myrtle Beach in South Carolina and shows a giant bird flying around near the beach with what looks like a shark in its claws. However, fierce debate is raging on the internet as to just what the sea creature actually is, with some saying that it’s a dogfish – a smaller species of shark –  and others arguing that it’s a tuna, ladyfish or bluefish. One user thinks that the shape of its tail indicates that it’s a mackerel.

Take a look at the clip below and see what you think:

Anyone know what type of bird this is and is it holding a shark? #myrtlebeach 📽 Kelly Burbage pic.twitter.com/gc59xihiM7

I mean I guess the angle makes it look like it’s a shark, but I imagine it’s one of the smaller fish that have been mentioned earlier. Would be so mad if it was actually a shark but I don’t think that’s actually possible, is it? It requires a whole load of strength for a bird to even lift a small fish out of the water, so to lift a full massive shark is just full on impossible I reckon. Cool clip though still.

For more of the same, check out this video of the biggest great white shark ever filmed. Terrifying.