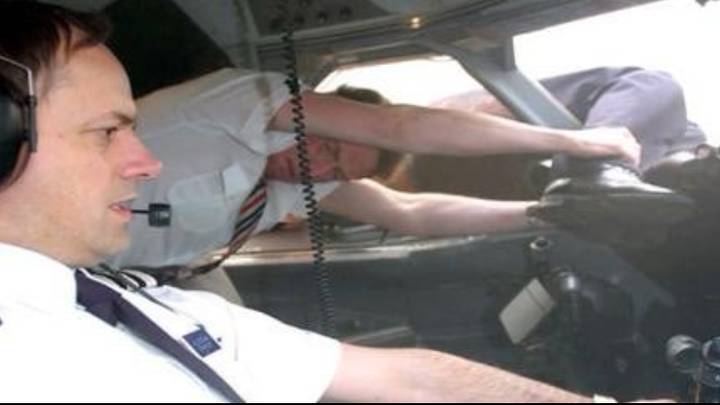 Everyone has seen a movie where a window on a plane gets smashed and everyone gets sucked out into the void – my personal favourite is probably Arnold Schwarzenegger’s ‘Eraser’ – but I don’t think I’ve ever really heard a story about it happening in real life until now.

This is the tale of British Airways captain Tim Lancaster, who was sucked out of his cockpit in 1990 on the way from Birmingham to Malaga when two of the windows shattered. A Twitter user shared a photograph from a re-enactment of the incident on Friday and it subsequently went viral, which prompted flight attendant Nigel Ogden to speak to the Sydney Herald and describe what actually happened that day:

in 1990 the window of a plane fell off and one of the pilots got sucked out so they just held onto his legs while the plane landed pic.twitter.com/dp4mINhWy9 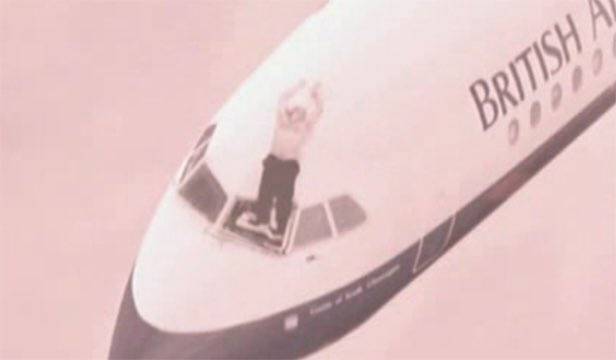 I whipped round and saw the front windscreen had disappeared and Tim, the pilot, was going out through it – he had been sucked out of his seatbelt and all I could see were his legs.

I jumped over the control column and grabbed him round his waist to avoid him going out completely.

His shirt had been pulled off his back and his body was bent upwards, doubled over round the top of the aircraft.

His legs were jammed forward, disconnecting the autopilot, and the flight door was resting on the controls, sending the plane hurtling down at nearly 650kmh through some of the most congested skies in the world.

I thought I was going to lose him, but he ended up bent in a U-shape around the windows.

His face was banging against the window with blood coming out of his nose and the side of his head, his arms were flailing and seemed about 6 feet long.

Most terrifyingly, his eyes were wide open. I’ll never forget that sight as long as I live. 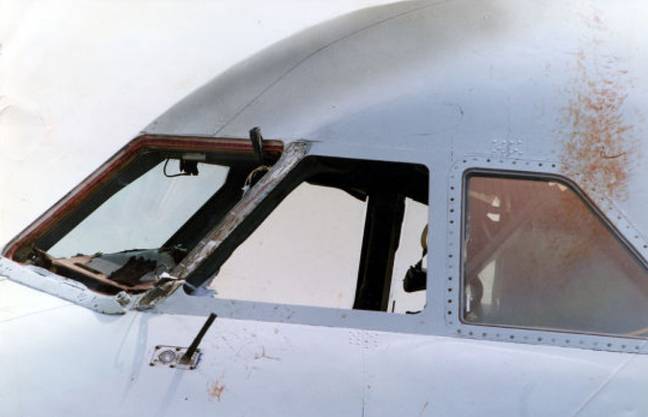 Jesus. Incredibly, another flight attendant named John Heward managed to grab onto Ogden and then another one grabbed onto Heward and fastened himself into the pilot’s chair to hold the chain of people down.

And miraculously, it worked as co-pilot Alistair Atchinson managed to take over control of the plane and land it at Southampton airport ,with Lancaster only suffering several fractures and frostbite. I say ‘only’ as we all know that this was obviously a terrible ordeal for him to go through, but it’s clear that the alternative was much worse though. What a story!

For more of the same, here’s a cool story about a plane forced to take an emergency landing in the aftermath of 9/11. Really heartwarming stuff.