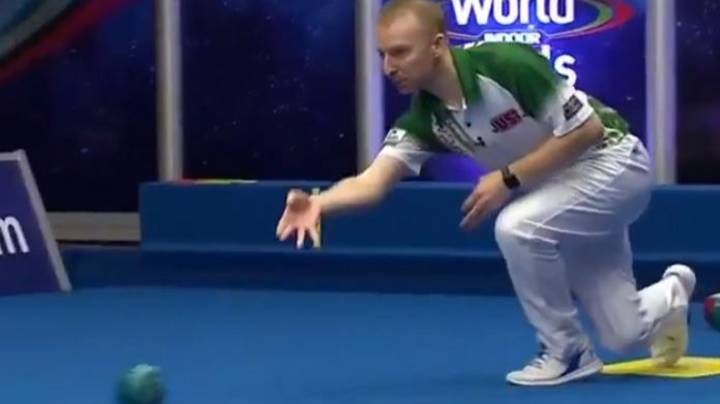 I don’t think I’ve ever really been that enamoured with watching bowls or curling on TV, but maybe I should get into it when you see players making shots like the one coming in from this guy Nick Brett below.

Brett was competing at the World Indoor Bowls Championships – held in Potters Leisure Resort’s International Arena in Hopton-on-Sea, Norfolk, UK – when his partner Greg Harlow asked him to make an absolutely ridiculous shot, curling a ball through a six inch gap that was just about wide enough to take it and then hoping it would stop less than an inch after that. And somehow Brett was actually sick enough to make it happen.

Take a look at the shot below because watching it is way more impressive than me trying to describe a sport I know nothing about really:

There is nothing more satisfying to watch than this! 🔥 Where’s the Titanic theme music when you need it?! #ThursdayThoughts pic.twitter.com/cEy8Itujv0

Bloody hell, that really is something hey? Have no idea how Brett managed to do that, but I suppose that’s why he’s competing at the World Indoors Bowls Championships and killing it and whilst I’m sitting here typing this and trying to understand the correct terminology to use.

You’ll also be pleased to hear that Brett and Harlow went onto win their match at the Championships because you can’t really lose after hitting a shot like that can you? Good luck to the pair in the rest of the tournament – they won the title in 2014 and with shots like that you’ve gotta think they’ve got a pretty good chance right?

For more of the same, check out the most insane golf trick shot of all time. Really something else there.