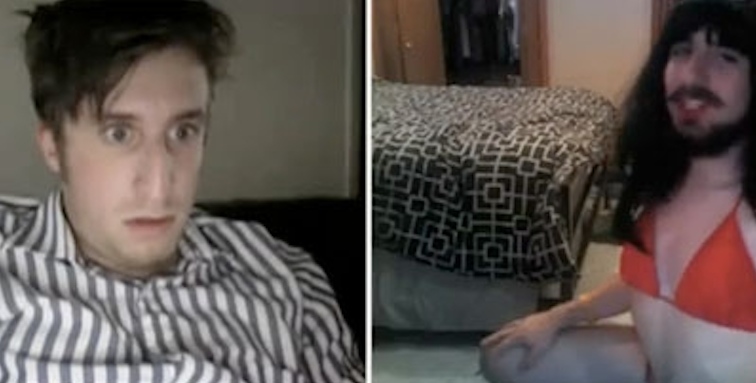 Some of the best bits of ChatrouletteHere’s our roundup of the best parts of chatroulette. Yeah, people are still going on it to jerk off but there’s some funny shit going on too. 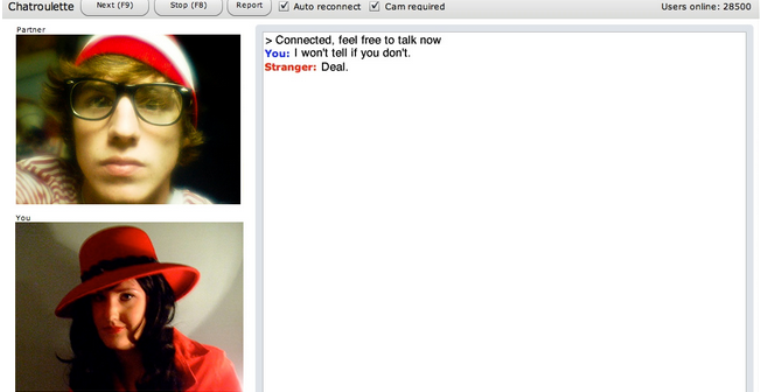 Chatroulette — I reckon 80% of people that pop up on there are dudes jacking off. A further 10% are single guys wanting to chat to girls for 1 minute before asking them “So… do you have a boyfriend?” before flopping their johnson’s out. My mate actually came across the female equivalent of these creatures, a very rare specimen- he is a lucky guy!

Anyway the producers of the viral campaign for ‘The Last Exorcism’ film in 2010  realised this and took advantage of the above 10%. I know this is old news by the way, but if you haven’t seen it you need to! It is an incredible way of promoting a film in an innovative way.

Pretty sweet right? Some people since then have made funny videos like this Master of disguise one, ‘Funny Piano Improv Guy’ or my personal favourite is David Thorne of 27bslash6‘s screenshots he took such as : 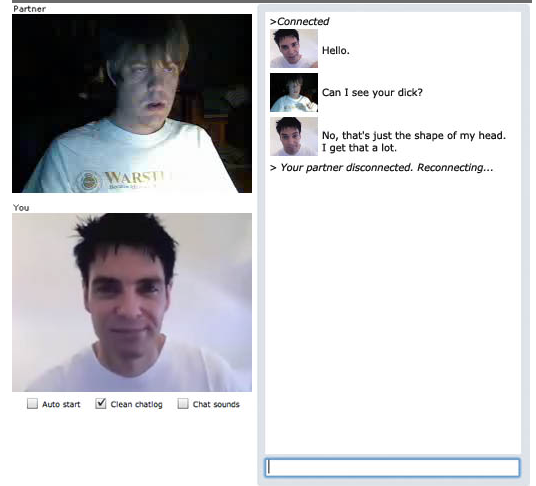 However people haven’t been doing much funny stuff recently on Chatroulette (that I know of); up until now…

Call Me Maybe – excruciatingly annoying, overdone, unoriginal, makes you want to drop kick Bieber in the face more than usual for his role in it’s success, all of the above?

I am with you one hundred per cent. However, I came across this video and it’s actually pretty jokes. This guy Steve Kardynal acts like an outrageously hairy tranny and dances around like a prick…..  I admit this doesn’t sound that different to a) the cocks that make the ‘Call Me Maybe’ videos or b) the majority of the weirdos on Chatroulette. However when you combine the two, it may be butters but it is pretty funny stuff. Check it out:

If I have missed a trick and there has been some other really funny shit on Chatroulette, sorry. Put it in a comment below.

Otherwise I would take a sneak Peek at this @StealthMountain