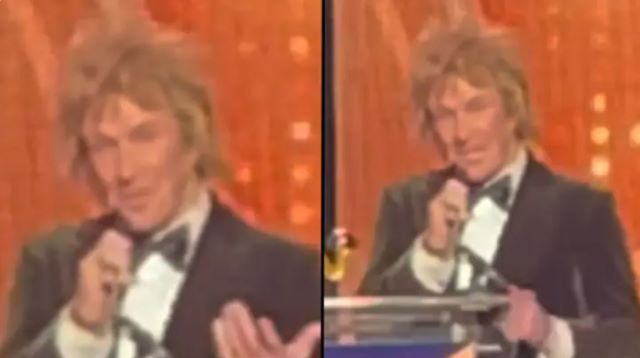 Charlie Mullins OBE, founder of Pimlico Plumbers, was a guest presenter at the British Curry Awards the other night and opted for a joke in order to break the ice with the audience. Here’s what he went with:

“I’m sorry but how is this OK? 😞,” he asked.@PimlicoPlumbers | #BritishCurryAwardspic.twitter.com/FHZQ14jedG

Welp, I guess Mr Mullins has never been on the internet in his life because that’s exactly the sort of joke that will get you ‘cancelled’ with the quickness in this day and age. TV presenter Dr Ranj Singh was particularly unhappy about it. In fact he took issue with how the event is set up as a whole:

“I was honoured and privileged to be invited as a guest for the British Curry Awards tonight. Firstly, thank you to this brilliant organisation for doing their best to celebrate our Asian community.

However, when the host is white, the judging panel is entirely white, the performers on stage are over 90% white, are we really representing our community fairly?”

And to top it off we have a racist joke on stage, and are auctioning off a piece by Winston Churchill whose relationship with India (and Bengali people specifically) is problematic?

We are better than this. We are a magnificent people. We have done so much and still have so much to offer. Let’s do better together.”

I guess it is strange that the host, judging panel and entertainment at the British Curry Awards are all white. Wonder if that’s why Mullins felt so comfortable telling that joke? Not that I think his intention was to be rude or offensive or racist, but he really ought to know better. Then again, there are some people sticking up for him online:

As a British Indian I don’t find that joke insulting – it’s what makes us British that we can laugh at ourselves .. move on ..

Wait for it…………………, a white “remainer” who hates Brexit /Brexit votes told a racist joke? That cant be true can it?

Does anyone think this joke is old fashioned with a racist undertone but is still a little bit funny and shouldn’t be taken too seriously?, just asking for a friend 😀

Would be surprised if Mullins hasn’t released an apology by the end of the week. To watch a guy at a house party in America get the crap kicked out of him for saying the N-word, click HERE.