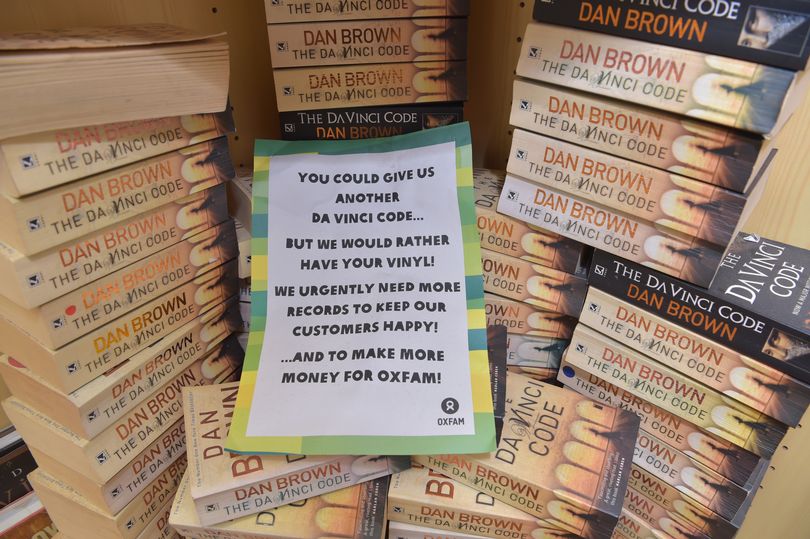 Dan Brown’s The Da Vinci Code rose to fame back in 2003. The book sold £4.5 million print copies in the UK, making it the second best-selling book of all time, despite the fact that it’s actually pretty whack.

Although the book enjoyed short-lived success, it did not stand the test of time. And a charity shop over in Swansea is so sick of receiving people’s used copies, that they’ve taken to social media to beg people to stop sending in their old copies.

The Oxfam Shop said it has been receiving an average of one copy per week for months, leaving them with little room for much else. They have resorted to putting up a note in the shop, telling donators that they would much rather their vinyl:

It’s funny because with the Dan Brown sign people laugh and take a picture. We normally don’t leave the displays up that long but have with this.

I would say that we get one copy of the book every day. We still occasionally get a few people buying them but we would rather have records. Our sale of them have increased 25 per cent in the last year.

I guess it goes to show that the book itself was more of a fad rather than a timeless classic – clearly people don’t want the simple literature of Dan Brown sitting on their shelves for too long.

The same can be said for 50 Shades of Grey – this charity shop found themselves in a similar situation.