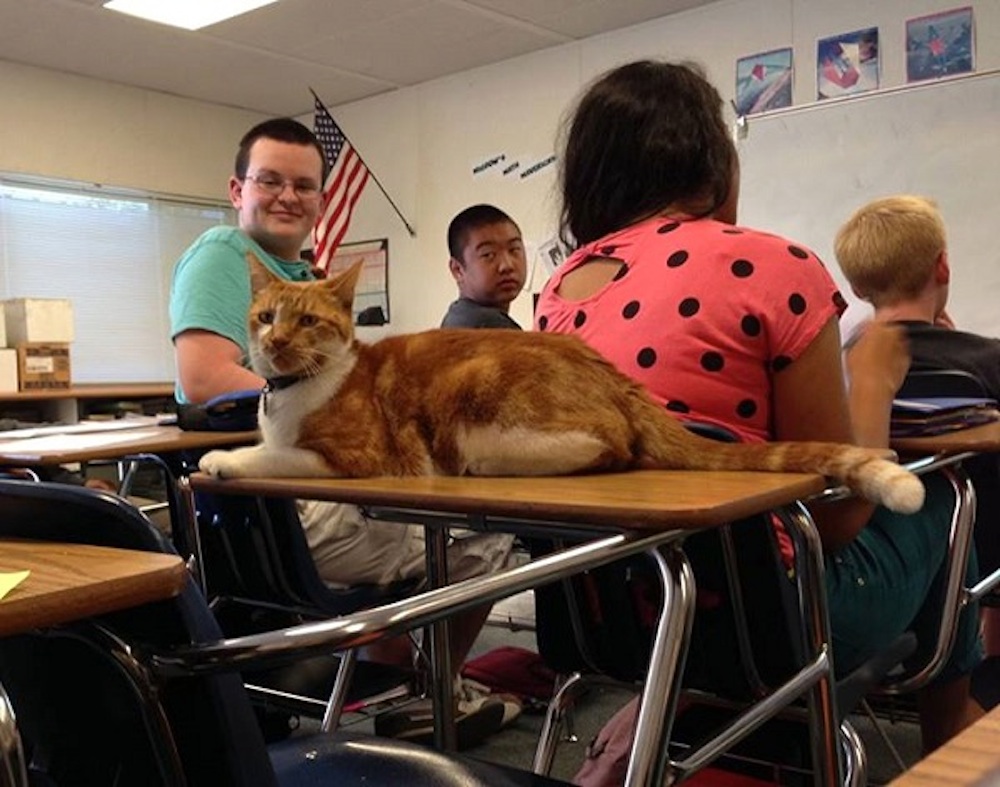 This cat is a straight up CHILLER.

Bubba is a massively dope cat from San Jose, California who was adopted by a local resident there called Amber Marienthal six years ago.

For some reason, Bubba started wandering out of Marienthal’s house and hanging out at the two schools that are located either side of it, Leland High School and Bret Harte Middle School (not the Hitman Hart unfortunately).

Nobody knows why he started doing this, but Bubba has been a big hit with students and teachers at both schools and was even granted a student ID at Leland. He also has his own Facebook page and there’s a petition to erect a statue of him at one school too. Probably more popular than most of the faculty.

Marienthal had this to say about Bubba’s unusual activity:

He waits for school to start, and he doesn’t come home until all the sports are done. As long as he’s alive, I think he’ll hang out at the school.

Wow – if only everyone’s kids were like that huh? Check out some pictures of him on the slideshow below. Use the arrow keys to move left and right and check out how straight up bad boy this motherfuckin’ pussy is: 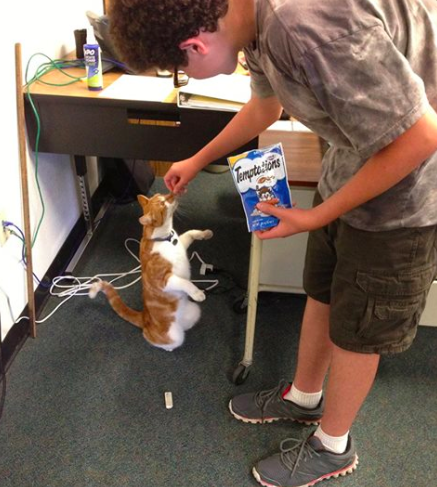