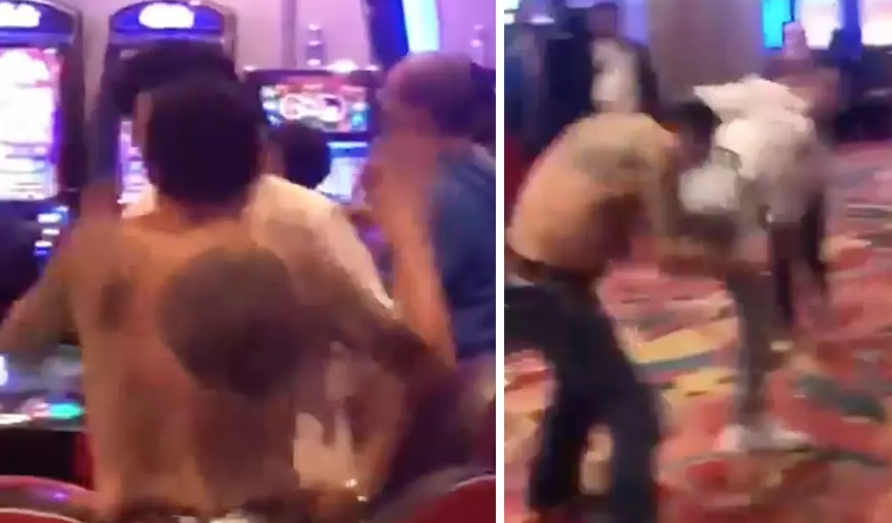 HBK would be proud.

When this video first showed up on my timeline and the old man ripped off his shirt to reveal Yakuza-style tattoos all over his body, I thought we were in for the fight of the century. Young cocky whippersnapper Vs old Asian mafia dude – let’s fucking go.

But then, in an unexpected twist, the old Yakuza dude proceeds to get absolutely battered, with the young dude finishing him off with a Sweet Chin Music superkick:

HBK Shawn Michaels would be proud:

Full respect to the old man’s tactics of ripping his shirt off and acting like the meanest, maddest dog in the yard – but just goes to show that sometimes it’s all for show. Or maybe he just used up all his energy ripping the shirt off? Oh well, better luck next time.

For a supercut of every single Jason Statham superkick in history, click HERE. What a geezer.