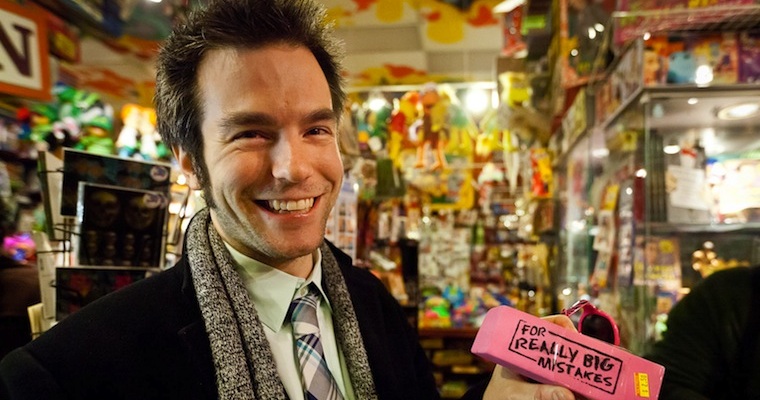 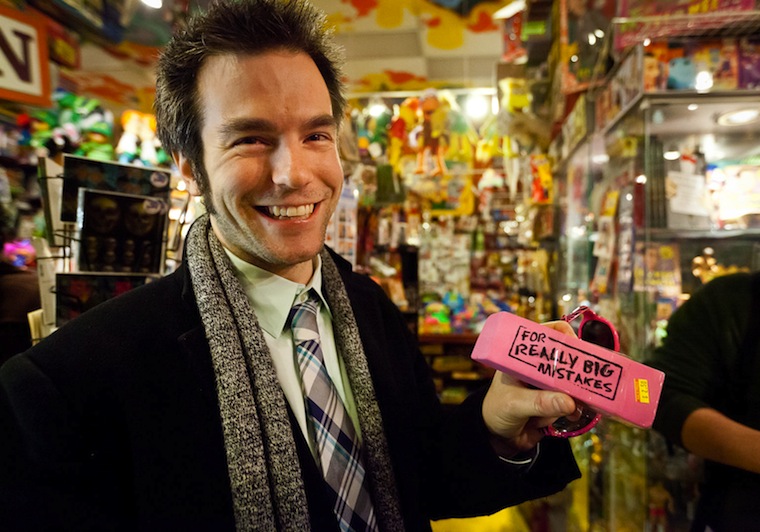 Everyone knows what a ‘flash mob’ is right? When loads of people meet up in a random place and do random stuff like sing together or do a dance or something, just like that T-mobile advert. Well now there’s something known as a ‘cash mob’, and it’s pretty damn awesome. It basically involves loads of really nice people and a local business that isn’t doing too well. The group of nice people all meet up at this local business at a set time, so kind of like a flash mob, but instead of singing a song or doing a stupid dance they buy loads of stuff from that local business, therefore helping it out. The picture above is of a dude who’s mid-cash-mobbing and buying a really big rubber for a really big mistake from some store that sells a load of shit by the looks of it. Maybe if they stopped selling so much shit like really big rubbers for really big mistakes they wouldn’t be struggling and wouldn’t need a cash mob.

Anyway, kudos to these guys and girls who are involved in cash mob,s as helping out struggling local businesses is always a nice thing to do. You can read more about cash mobs here.